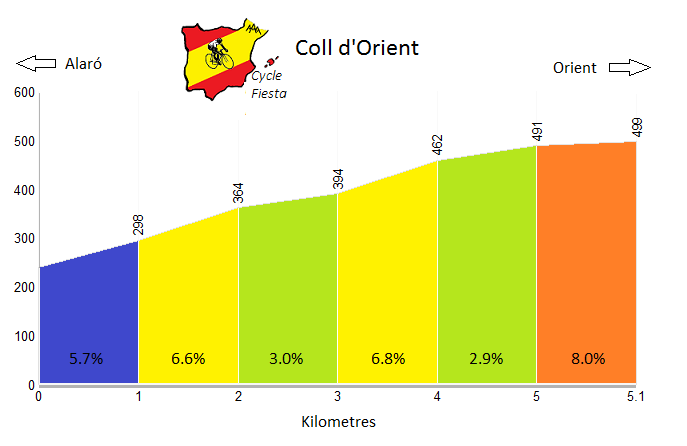 Coll d'Orient is an easy climb, even by Mallorca's standards. The gradient varies slightly between kilometres, but there are no really steep sections, and it is a good choice for cyclists of various levels.

The road surface is in excellent condition throughout the climb.

The climbs is not busy, but a car will probably pass you every few minutes - and much more frequently in July and August. 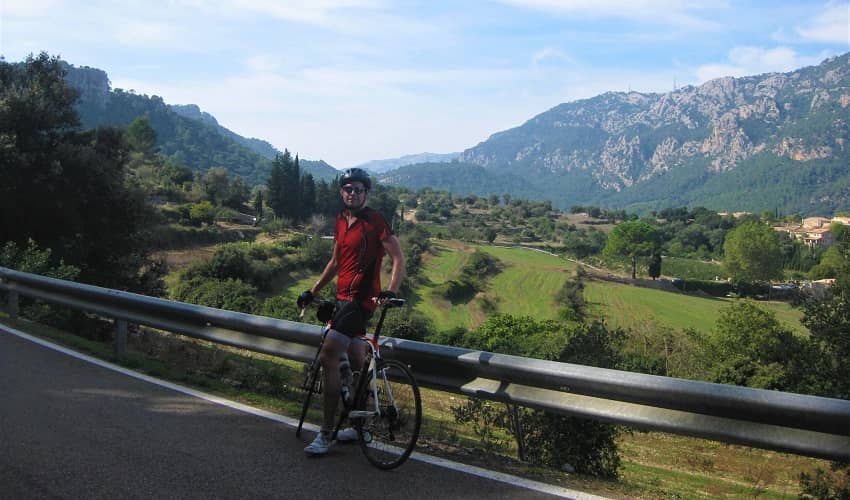 The Coll d'Orient begins close to the town of Alaró, on the southern edge of the Tramuntana Mountains. It is on the MA-2100 and you reach the Coll shortly before the village of Orient.

The Coll d'Orient is one of our favourite climbs in Mallorca. The excellent road surface and gentle gradients make it accessible for cyclists of all levels, and the scenery is among the most picturesque on the island.

Shortly after passing the Coll d'Orient you reach the village of Orient, which is beautifully hidden amongst the mountains and makes a great place to stop for lunch or a coffee. The landscape here is greener and more rolling than much of the Tramuntana range, which is generally quite rocky.

The other approach to the Coll d'Orient is from the Coll d'Honor. This is very short though and consists of just a gentle incline coming out of the village of Orient.

You can climb and descend the Coll d'Orient as an extension on our Mountains of Mallorca cycling holiday.