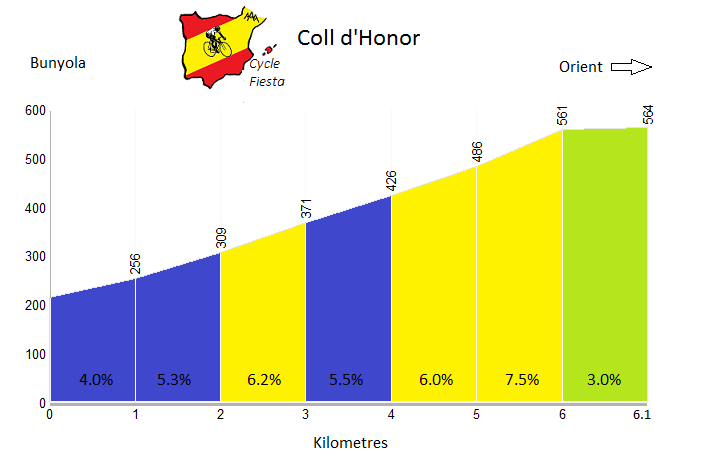 The Coll d'Honor is a typical Mallorcan climb. It is moderately long, but with consistent gradients which will not trouble any experienced cyclists.

The road surface is generally in good condition; however, it is not perfect like many of the climbs are in Mallorca. The asphalt is rough in places and can be slightly jarring if you are descending. When climbing though it is not much of a problem and there are very few pot-holes.

There is little traffic on the climb throughout the year, although, like with all climbs in Mallorca, there is a slight increase during July and August. The hairpins near the top are very tight, so be cautious of any cars which will probably not be able to stay fully in their own lane on the corners. 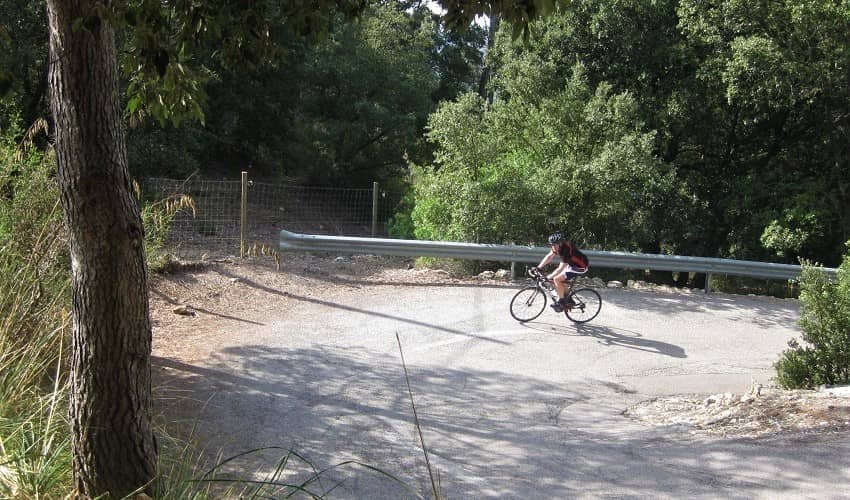 Coll d'Honor begins in the village of Bunyola, situated just off the Ma-11, the main road between Palma and Soller. It follows the Ma-2100 heading in the direction of Orient and the top of the climb is marked by a brown sign.

Coll d'Honor is a pleasant climb which connects two delightful villages in Bunyola and Orient. The climb itself doesn't present many great views, although it is a pleasant ride throught the woodland.

From the top of the climb though, after a short descent, the scenery really opens up and is some of the most spectacular in Mallorca, as you reach a small plateau either side of Orient.

The location of Coll d'Honor makes it excellent for connecting climbs together and it also provides a technical descent, with a lot of sharp hariprin bends which can improve your bike handling.

Coll d'Honor is open throughout the year and is very rarely affected by snow, even in the coldest winters. In July and August it can be very hot, but much of the climb is in shade.

It is possible to climb the Coll d'Honor from the Orient side, but it is a very short climb and only really worth doing if you are using it to continue a route after climbing the Coll d'Orient

You can climb and descend the Coll d'Honor as an extension on our Mountains of Mallorca cycling holiday.