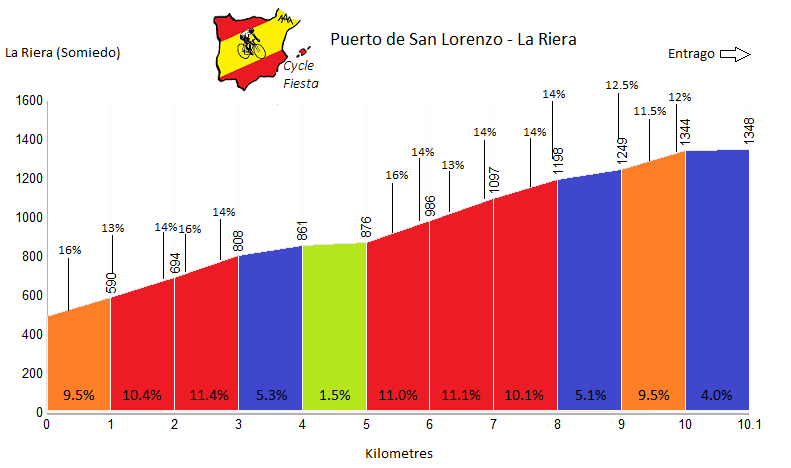 Puerto de San Lorenzo from La Riera is a challenging climb. It is not especially long, but is steep, with many sections where the gradient is above 10%. There are chances to recover though, meaning that the steeper sections are never longer than 3km.

San Lorenzo from La Riera is set entirely within the boundaries of the stunning Somiedo Natural Park. The scenery here is spectacular, with the mountains home to the widest variety of mega-fauna anywhere in Spain. While you almost certainly won't see the bears, wolves or lynx which inhabit the park, you will see horses and cows which are often standing in the road - particularly towards the top of the climb.

San Lorenzo is usually closed in winter due to snow; although at times it is cleared and is passable by bike. From April to Novemebr it is nearly always open.

Puerto de San Lorenzo can also be climbed from the east, beginning in the village of San Martín de Teverga.

Puerto de San Lorenzo from La Riera is descended on our Ancares & Somiedo self-guided cycling holiday. It can also climbed on our Great Climbs of the Vuelta a España guided cycling tour.