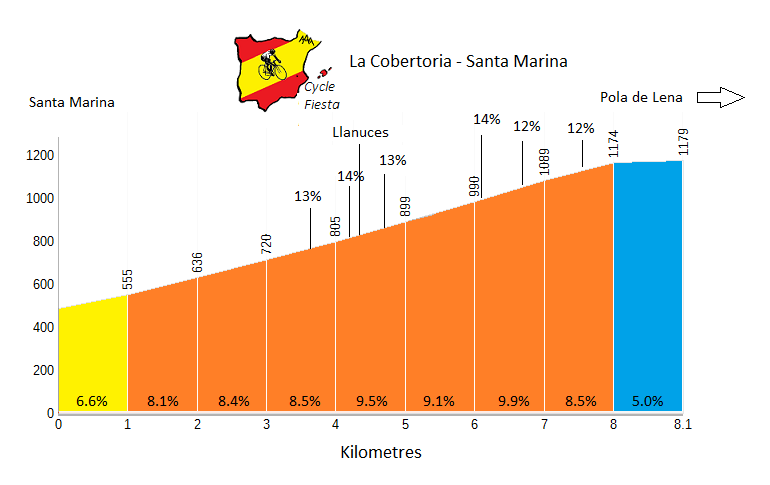 La Cobertoria from Santa Marina is a fairly challenging climb, but has neither the length nor steep enough gradients to really crack accomplished riders. It is most commonly used as a link climb between some of the real giants of the region.

The road is in excellent condition throughout. It is wide, with sweeping bends and very few hairpins which, combined with its gradient, make for a very fast descent on either side.

There is little traffic on the climb throughout the whole year. 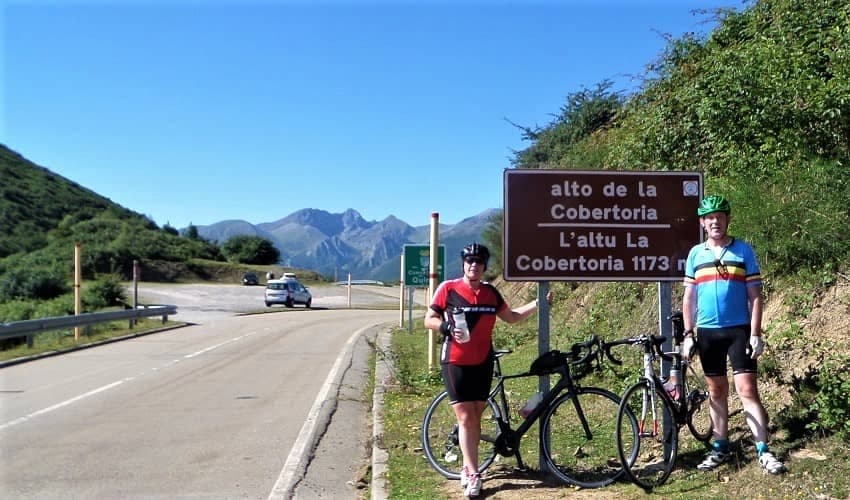 La Cobertoria from Santa Marina is an enjoyable climb, without being especially spectacular. It is fairly tough, but not too hard and the scenery is pleasant but not really breathtaking.

Stuck in the middle of a multiple mountain stage though, the Cobertoria has been enough to crack many legs in its various appearances in the Vuelta a España.

La Cobertoria is nominally open throughout the year. However, snow is relatively common towards the top in winter, so don't count on being able to pass it from December to March. The rest of the year is normally fine - although take your rain coat if you plan to come in April or November!

Perhaps the more famous side of La Cobertoria is thee eastern face from Pola de Lena. This is the slightly more challenging ascent.

There is a third way to La Cobertoria on very narrow roads beginning in the small village of Lindes to the south. This is a nice climb with gentle gradients, but it is more difficult to include in a longer ride than the two main sides. It is perfectly fine for riding on a road bike though if you would like to try something different.

La Cobertoria from Santa Maria is descended on our Ancares National Reserve & Somiedo Mountains self-guided cycling holiday. It is also featured in our Great Climbs of the Vuelta a España guided cycle tour.