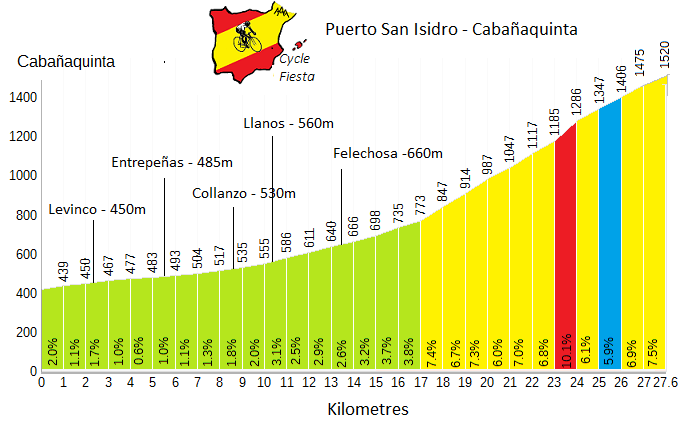 Puerto San Isidro is very gentle for the the first half, little more than a false flat. The second half averages around 6%, so is more testing but without being too challenging. The toughest section comes towards the end of the series of hairpin bends, with sustained sections above 10% gradient.

The road surface is in very good condition.

The amount of traffic varies on the climb. The first half is fairly busy, but it gets progressively quieter towards the top. At no point, however, it is especially bothersome. 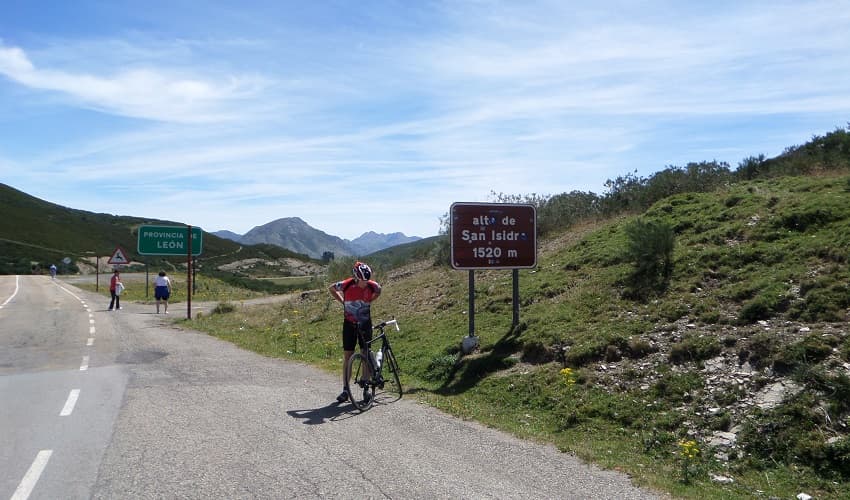 Puerto de San Isidro is a long climb through the Redes Natural Park. It begins by climbing very gently through several villages along the River Aller valley. After passing Felechosa, the climb starts for real, with the highligh being the spectacular series of hairpin bends which begin around 7km from the summit. San Isidro is an even better descent than it is a climb - with wide, well surfaced roads making for enjoyable riding.

The climb has been used four times in the Vuelta a España; most recently in 2008 when Alberto Contador won a stage finish to the ski station at the top of the climb.

San Isidro is usually kept open throughout the year to enable access to the ski resort. In winter it can be very cold though so make sure that you come suitably prepared.

Puerto de San Isidro can also be climbed from the east from Isoba. This is a short and gentle climb, with very little elevation gain.

Puerto de San Isidro is descended on our Picos de Europa self-guided cycling holiday, as well as our Great Climbs of the Vuelta a España guided cycling tour.