Cap de Formentor is not particularly difficult, but, because it is a series of short climbs, the cumulative affect is more pronounced than on some of the other routes. The gradients though are rarely steep and the spectacular views will take your mind off any suffering!

The road surface is now in very good condition throughout. The middle section used to be rough and jarring, but it was re-paved in early 2015 and is now in excellent condition.

The Cap de Formentor is one of the most popular spots in Mallorca and there is some traffic throughout the year. In July and August it is very busy and a nuissance for cycling unless you leave very early. The rest of the year the traffic is variable, but is not normally a problem - especially if you aim to reach the Cap by 11am. 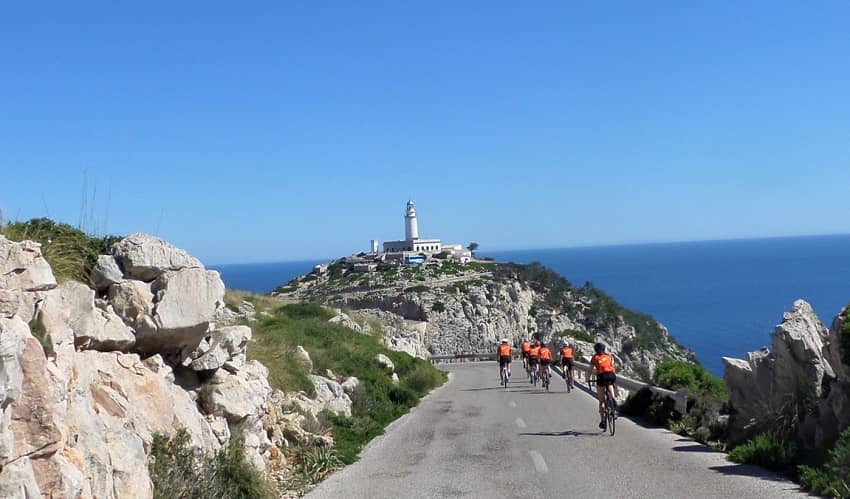 Cap de Formentor is not technically a climb, but rather a series of short ascents. However, its profile is included by popular demand and because it is, arguably, the most picturesque ride in the whole of Mallorca.

The scenery changes several times along the peninsula. The first few kilometres offer a great view of Pollensa Bay, before it becomes more remote, with great views of the coastline. Finally, you reach the lighthouse, perched beautifully at the end of the road.

Cap de Formentor is open throughout the year; however, there can be strong winds in the winter.

The Cap de Formentor is one of the highlights of our Mountains of Mallorca cycling holiday.