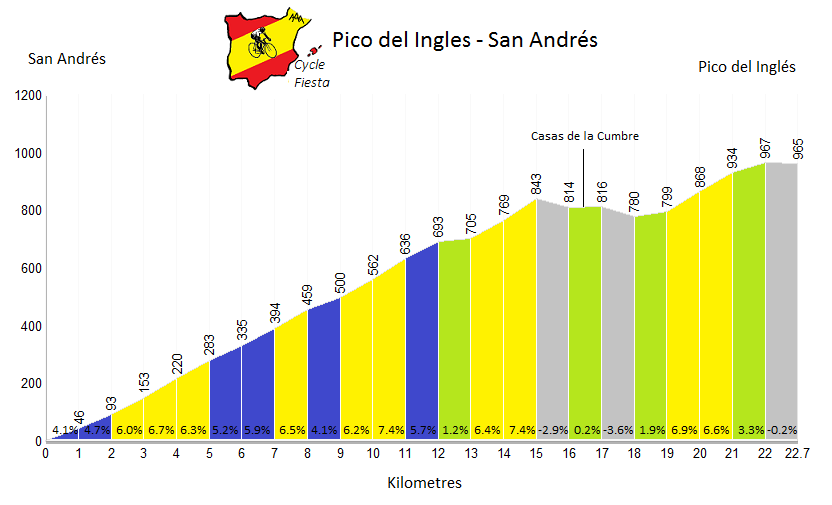 This is the more challenging side to climb to Pico del Inglés, but it is still not especially difficult. The climb is long, but with gentle gradients that allow you to tap out a steady rhythm and enjoy the scenery.

The road surface is in very good condition throughout the climb. The first couple of kilometres as you leave San Andrés can have some traffic, though it is not especially busy. Once you enter the Añaga Natural Park it is not very busy at all, except on weekends when locals from Santa Cruz often drive into the mountains. 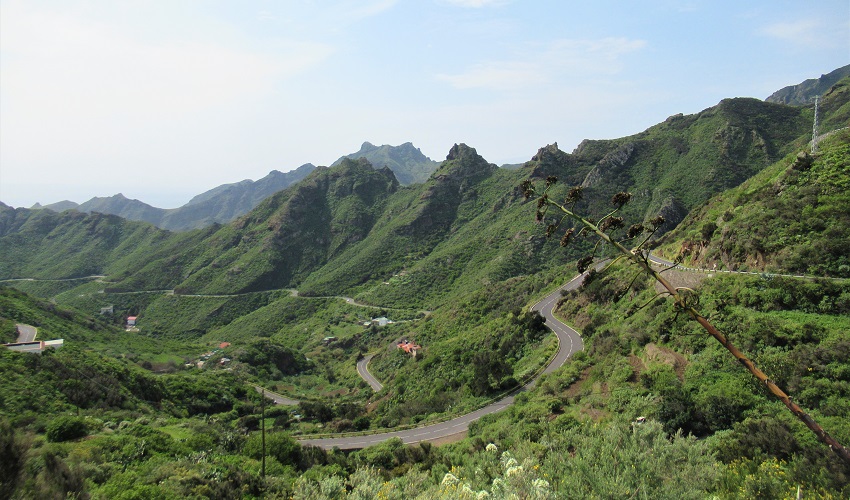 Pico del Inglés begins from the coast in San Andrés, just to the north of Santa Cruz. It follows the TF-12 nearly the whole way, climbing mostly through the Añaga Natural Park.

The climb finishes with a short section on the TF-114 - following the signs to the Pico del Inglés Mirador. The last few hundred metres to the mirador are downhill.

The climb to Pico del Inglés is one of the best on the island. It is nearly inside the boundaries of the Añaga Natural Park, which has beautiful scenery and spectacular views throughout the climb.

This area of Tenerife is not so frequented by cyclists as the western part of the island, but it is well worth visiting - even if only for this stunning climb. Like all of the climbs in Tenerife, Pico del Inglés is open throughout the year.

It is also possible to climb to Pico del Inglés from La Laguna; this is a pleasant climb, but not as spectacular as the route from San Andrés.

Our Tenerife cycling holiday includes Pico del Inglés from both sides, as well as many other fantastic climbs on the island. Or please contact us if you would like more information.