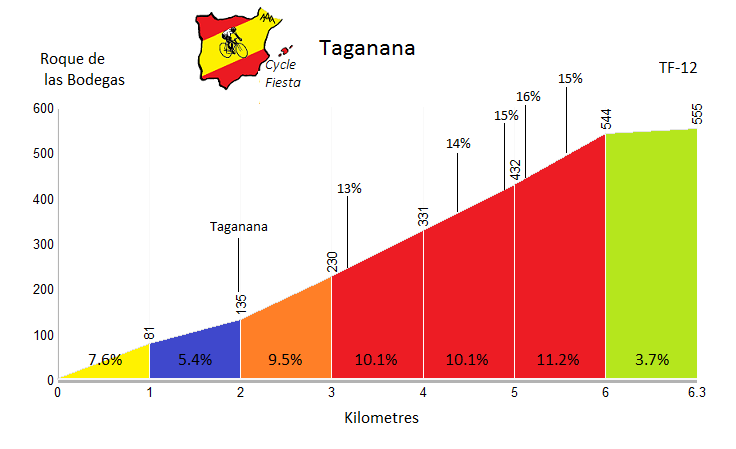 Taganana is a challenging climb because of the steep gradients involved. However, it is not especially long and there are gentler sections during most of the climb that give you a chance to recover.

The climb gets steeper as you get closer to the top, so just make sure that you don't start off too quickly. The wind can also be quite strong at times in this part of the island. Often this can be a tail-wind but, because of the nature of the climb, this turns into a head-wind when you go around some of the many hairpin bends.

The traffic on Taganana varies considerably depending on the day and season. In winter there it is not busy and a very enjoyable ascent. In the summer the climb can become more crowded with tourist traffic, particularly on the weekends.

There is a long tunnel just before the top of the climb. It is unlit so special care is needed, but it is completely straight. 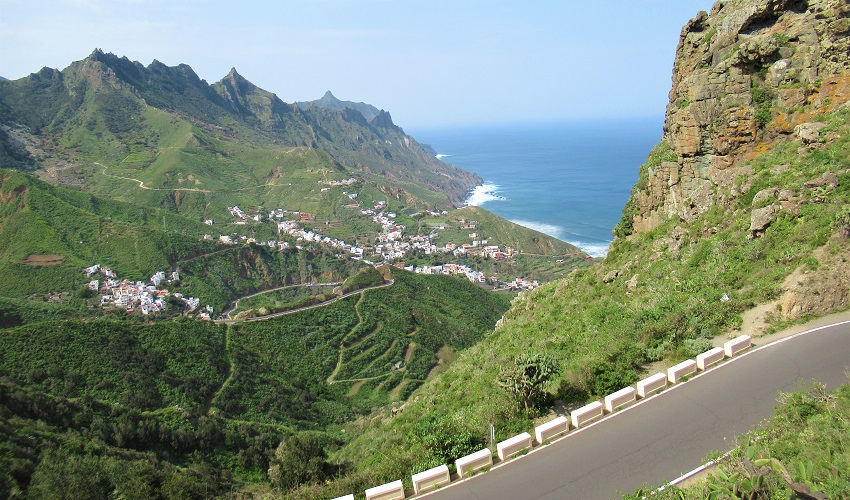 Taganana begins from the beach at Playa de San Roque. From here it follows the TF-124 through the village of Taganana, climbing into the Añaga Natural Park. The top of the climb is at the junction with the TF-12.

Taganana is a stunning climb and, in our opinion, one of the must do routes on bike in Tenerife. It begins along the wild and undeveloped north-eastern coast and heads inland to the dramatic, green Añaga Natural Park. The road winds and snakes its way up the mountain face, offering fantastic views in all directions. The road surface is excellent and there are plenty of places to pull over safely and really admire the incredible scenery.

Taganana is the side of Tenerife that most tourists never see, and they don't realise how much they are missing out. Like all of the climbs in Tenerife, Taganana is open throughout the year.

This is the only way to climb Taganana. To get to the start you have to descend the climb first.

Our Tenerife cycling holiday includes Taganana, as well as many other fantastic climbs on the island. Or please contact us if you would like more information.