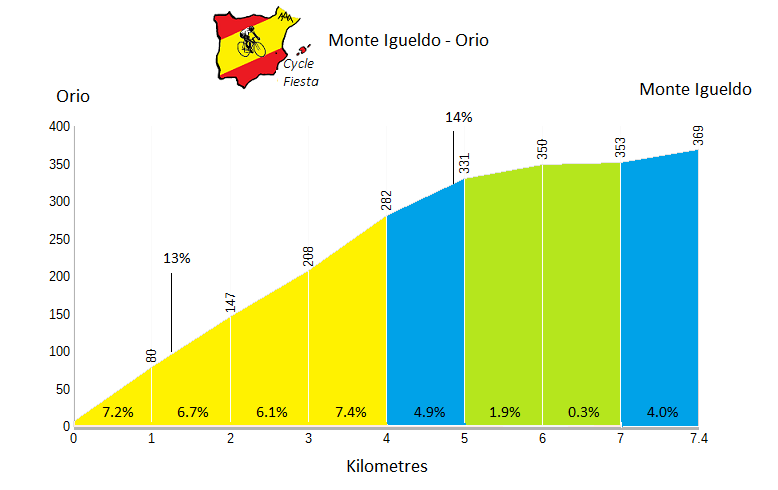 The climb is mostly gentle, but there are a few steep corners in the first half of the climb, before you reach a false flat overlooking the Bay of Biscay.

There is little traffic on this climb throughout most of the year. 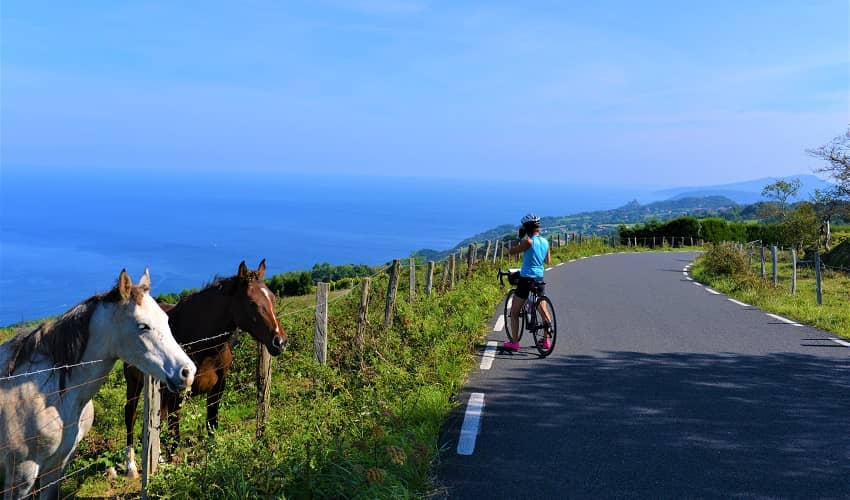 Monte Igueldo from Orio is also known as Mendizorrotz and is a really enjoyable ascent running parallel to the beautiful coastline. It is one of the most scenic climbs in the area and is a great way to enter San Sebastian, while avoiding all of the busy roads to the south of the city.

The climb itself is enjoyable with fine views along the rugged Basque coastline, and it is an enjoyable ascent with a couple of steepish hairpins before a long false flat.

Monte Igueldo is open throughout the year.

Monte Igueldo can also be climbed from San Sebastian.

Monte Igueldo is climbed on our Basque Coastline and Bilbao to San Sebastian cycling holidays.