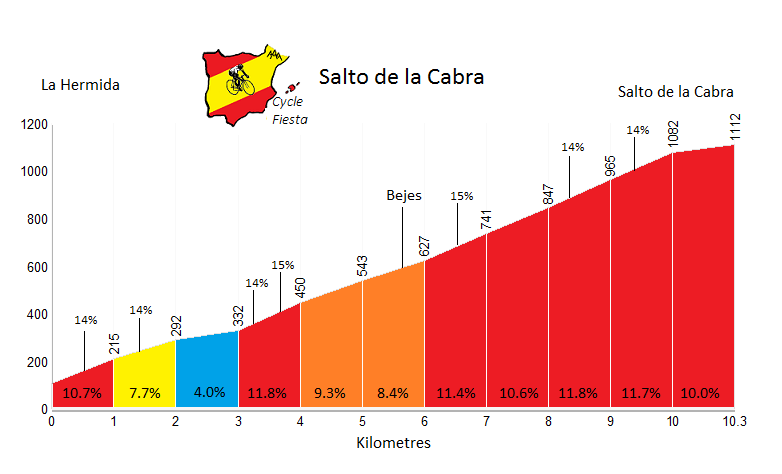 Salto de la Cabra is a challenging climb with steep gradients throughout.

The road is in good condition as far as Bejes. For the last 5km it is a rough concrete surface with some loose gravel.

There is almost no traffic on the climb. 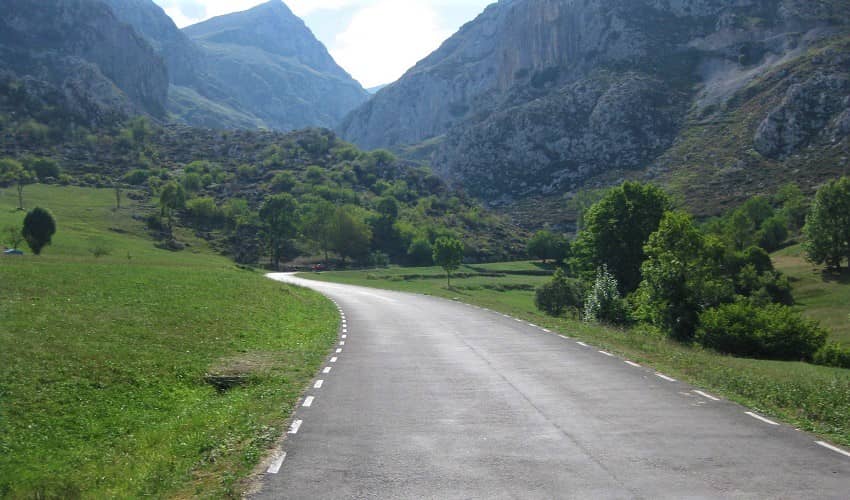 Salto de la Cabra is a stunning climb in the Picos de Europa National Park. Beginning at a low altitude next to the Deva River, it climbs steeply to the village of Bejes before following a concrete track to Salto de la Cabra. The name means