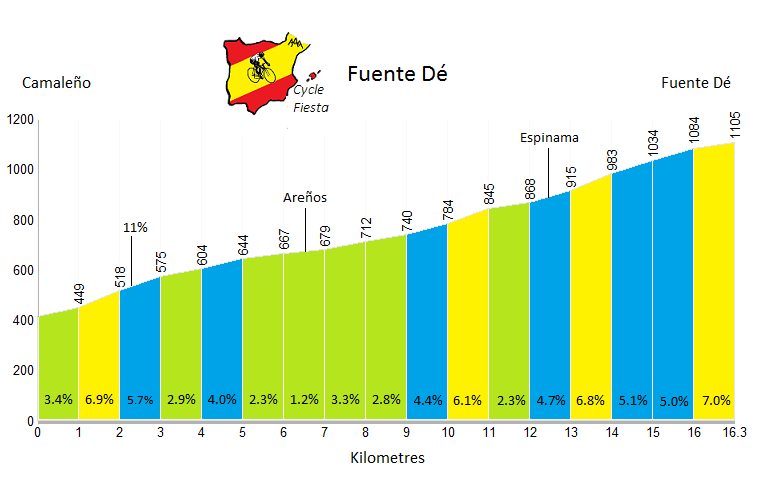 Fuente Dé is a gentle climb with no really challenging gradients.

There is not a lot of traffic on the road, but expect to be passed by a car every couple of minutes. On the weekends in the summer it is often busier. 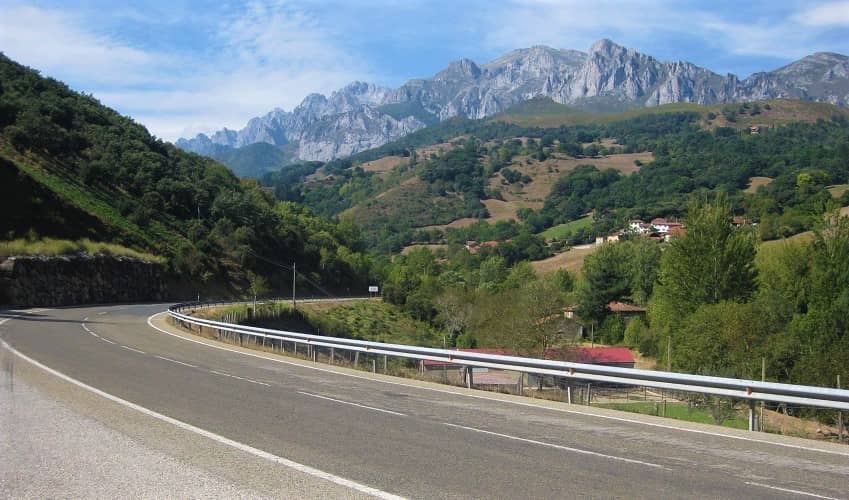 Fuente Dé is an enjoyable climb into the Picos de Europa National Park. It is very steady with few difficulties, but is popular with cyclists for the scenery - particularly the fantastic view at the end of the climb.

Fuente Dé was used for the first time in the Vuelta a España in 2012 - and immediately went down in cycling folklore. Despite being a modest climb, Alberto Contador chose to lauch an attack on the preceding Collado de la Hoz; he used team-mates up the road to help him establish a gap to the other challengers, which he held onto on the slopes to Fuente Dé. Contador eventually won the stage and the race as a result of this audacious attack.

Fuente Dé is open throughout the year.

This is the only way from which Fuente Dé can be climbed.