The origins of modern day Cordoba can be traced to the 8th Century BC, when the area was first settled by The Tartessians. However, it did not grow to prominence until the Carthaginian's named the town 'Kartuba' in honour of a local commander.

By the time of Julius Caesar, in the 1st century BC, Cordoba had become the capital of Roman Hispania (Spain) and was already one of the most important cities in the region. After a short period under Visigoth rule, Cordoba was captured by a Muslim army in the early 8th century. Over the next 400 years, Cordoba gradually become the largest, wealthiest and most advanced city in the world.

It was during the Muslim period that the Mezquita was built; indeed, Cordoba had over 3000 mosques, palaces and public baths at the height of its power. It was known for its university and libraries, which attracted the greatest mathematicians and physicists of the age.

The Caliphate of Cordoba came to an end in the 13th century following the Spanish 'Reconquista' led by King Ferdinand III. From here the city gradually faded from the limelight. Seville and Cadiz became the main centres of the region as travel across the Atlantic was opened up following the expeditions of Columbus.

Because of the decline in the last 800 years, Cordoba is quite unique within Europe in the extent of Medieval architecture that has remained. In many cities it was built over or ravaged by war, but the old town of Cordoba has remained in superb condition, with many of the buildings remaining from its glory days. 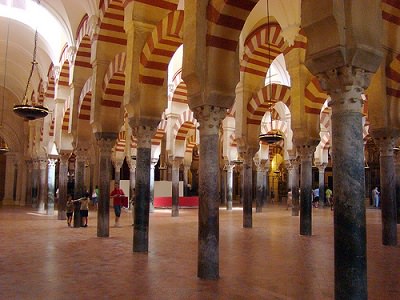 Modern day Cordoba boasts the second largets Old Town in Europe - which is the largest urban UNESCO World Heritage Site. At the heart of the city is the Mezquita - the Great Mosque of Cordoba. This is a marvellously decorated building which also is now home to the Cathedral. 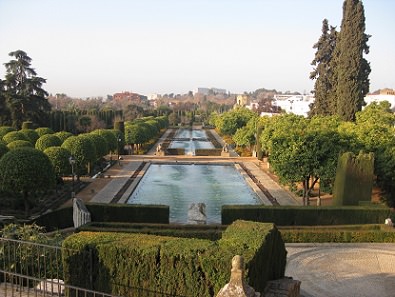 The most striking Roman remain in the city is the bridge which leads across the river from the Mezquita. However, there are also temples, theatres and forums dating from the Roman period.

Elsewhere in the old town, the Jewish Quarter contains a fascinating array of narrow streets, full of idiosyncratic buildings. Nearby, the Alcazar de los Reyes - a royal building which was at the center of the Spanish Inquisition, and the Royal Stables are well worth a visit.

Situated just 8km to the west of Cordoba is the magnificent Medina Azahara. This was described by the New York Times as 'The Versailles of the Middle Ages' and is a vast palace city which was designed principally to show the wealth and power of Muslim Spain.

We visit Cordoba on our guided Historic Andalucia cycling holiday.

We also run a self guided tour which stays for one night in Cordoba.

Both of these tours also visit the other two great cities in Andalucia - Seville and Granada.