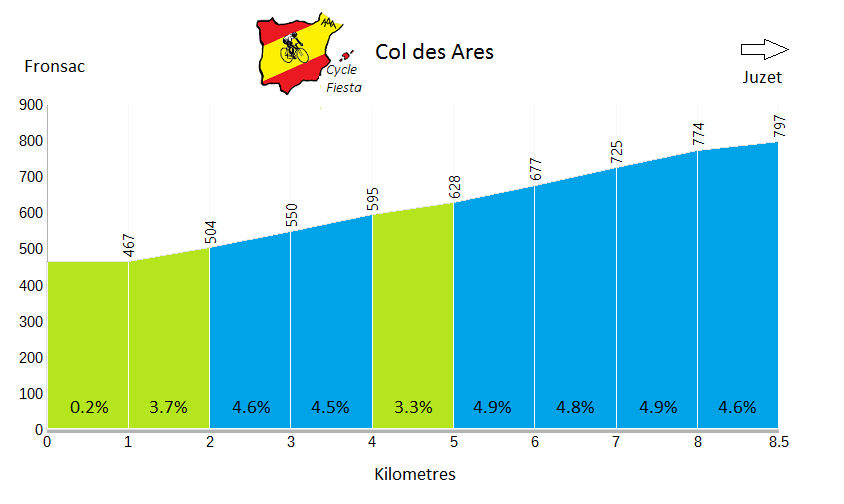 The road surface is in good condition throughout.

There is little traffic on the climb. 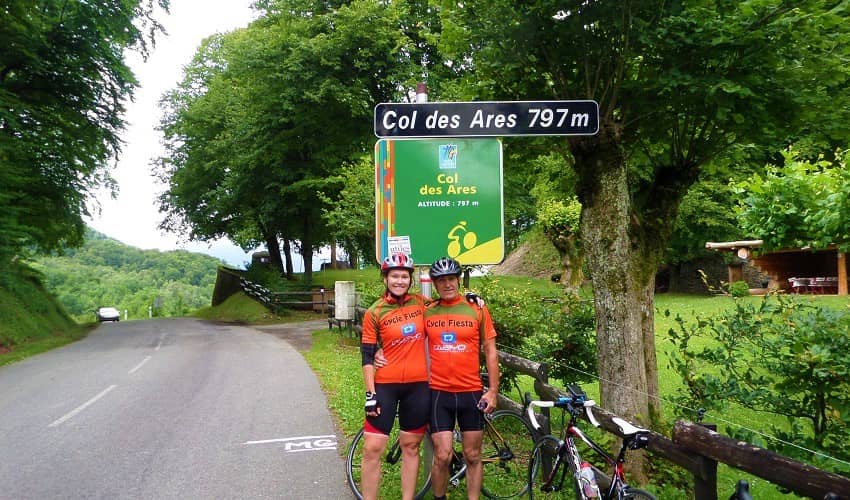 Col des Ares is one of the easiest categorized climbs in the Pyrenees. Both sides offer consistently gentle gradients and it is easy to spin along at a nice rhythm. The climb has been used over twenty-five times in the Tour de France, and is often climbed instead of the Col de Menté when the organisers take it easy on the riders. It normally comes early in the stage so is crested first by breakaway riders rather than general classification contenders.

The climb from Fronsac is in forest nearly the whole way. It is a pleasant ascent with a few hairpin bends and some nice rolling corners, and the scenery is enjoyable but not spectacular. The Col des Ares is a good climb to include as part of a longer route rather than as a stand alone ascent.

The Col des Ares is open throughout the year.

Col des Ares can also be climbed starting from Le Job River in the east.

Col des Ares can be climbed as a route option on our Pyrenees Coast to Coast and Best Of The Pyrenees cycling holidays.