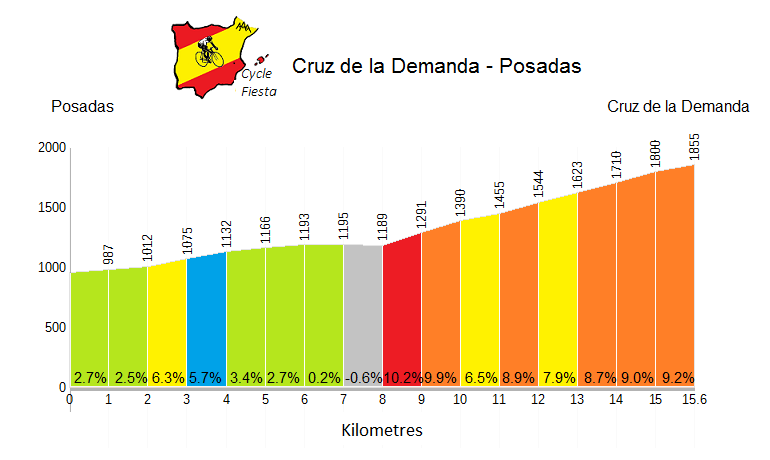 Cruz de la Demanda is a fairly challenging climb because of its inconsistent gradients. The second half is notably more difficult than the early kilometres, with several long sections in excess of 10% gradient.

The road is in good condition throughout.

There is little traffic on the climb. 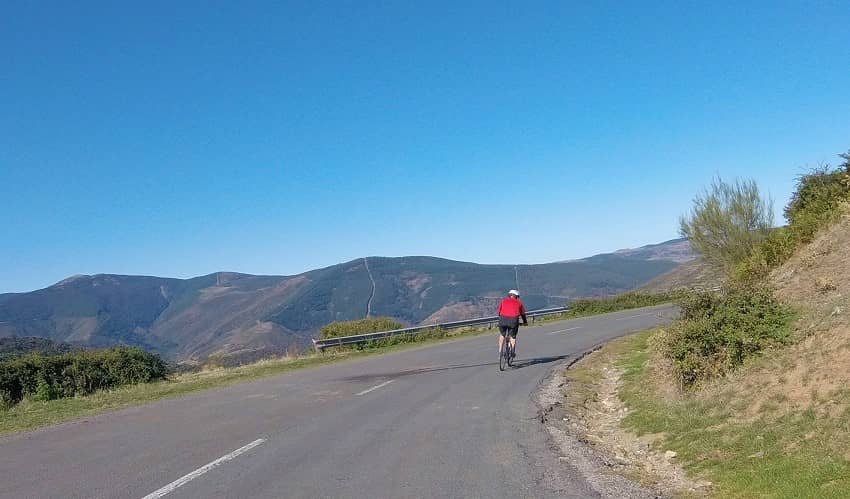 Cruz de la Demanda is the highest road climb in the Rioja region and it is also the most famous cycling ascent in the area. It has been used numerous times as a stage finish in the Vuelta a España, and was particularly popular during the 1990s when the likes of Tony Rominger and Alex Zulle won on its slopes.

The road is largely in trees so there is not the really great scenery that you would often associate with a climb this high; although it does open up towards the top with some nice views down into the province of Burgos. Despite the modest scenery, it is an enjoyable climb and its length and hisory will certainly have an appeal for cycling aficionados.

Cruz de la Demanda is usually open from April to November, but can stay open considerably longer depending on the weather.

This is the only way to climb to Cruz de la Demanda.

We don't currently run any tours including this climb. If you would be interested in customizing an itinerary to include this climb, please contact us.