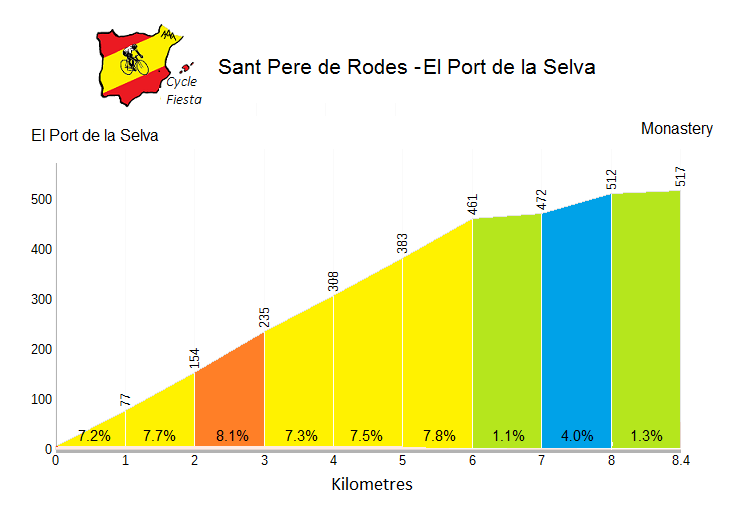 The road surface is in reasonable condition. It is fully asphalted but is a bit rough in places, making for a slightly uncomfortable ride - particularly if you descend this way.

The climb itself has little traffic. However, the other roads around the Cap de Creus can get busy - particularly in summer. 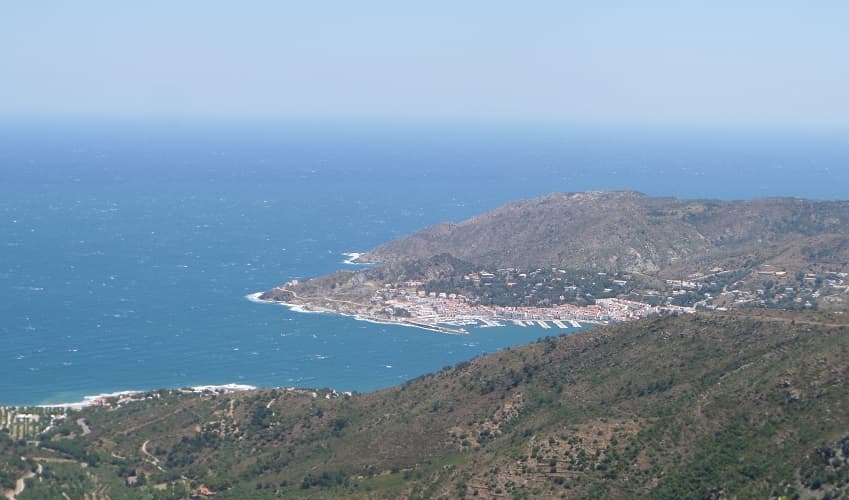 Sant Pere de Rodes is a beautiful climb in the north of the Catalonia region. It starts from the Costa Brava (Wild Coast) and climbs to a picturesque monastery set in the heart of the Rodes Mountains.

The Cap de Creus, where the climb is situated, is one of the most attractive parts of Spain. Its natural beauty and tranquility has attracted artists including Pablo Picasso and Salvador Dalí. The climb offers fine views of the northern part of the cape and is without doubt the most enjoyable climb in this part of Catalonia.

Sant Pere de Rodes is open throughout the year.

Sant Pere de Rodes can also be climbed from the west, beginning in Vilajuiga

Sant Pere de Rodes can be climbed as a tour extension on our Medieval Catalonia cycling holiday.