Spain is one of the most culturally diverse countries in Europe. There are seventeen autonomous communities in Spain, most of them with their own distinctive festivals, food and traditions; many of them also have their own language.

Castellano or Castilian is what is known throughout the world as 'Spanish'. This is spoken and understood by nearly everyone in Spain as either a first or second language. It is universally understood and, although in some areas it is rarely spoken by locals, they will still understand and be able to communicate in it.

If you know Castellano you can get by in any region in Spain without problems; however, in some situations you will not be able to understand street signs. Also several areas will automatically start conversations in different languages, so you may have to specifically request to speak in Castellano instead.

The Basque language is the odd one out - not just in Spain but in the whole of Europe. It is unrelated to any modern day language and is impossible to understand either the grammatical structure or the vocabulary without extensive study.

Basque is thought to have been the language most commonly used by the Iberian communities living in Spain before the peninsula became part of the Roman empire over 2,000 years ago. While the rest of Iberia quickly adopted Latin (or a regional variation thereof) as their principle language, the Basque Country - geographically isolated by it's hilly landscape - did not.

After a period of steady decline - the language was banned under the years of Franco's dictatorship - Basque has become resurgent in recent years and is now the official language taught in many schools in the region. Due to this it is not uncommon to find children speaking the language to a higher level than their parents.

Overall, around 40% of the Basque Country and Navarre communities identify themselves as Basque speakers; although fewer use it as their first language. It is most commonly heard in the Gipuzkoa region, particularly in the industrial towns around San Sebastian and the villages in the mountains further south. There are also a few Basque speakers in south-west France, but the language is less commonly spoken here than on the Spanish side of the border.


Basque - the most distinct of all Spain's languages

These three languages are grouped together because they are essentially the same, with just very minor differences in the regional dialect. The language, most commonly referred to as Catalan but widely believed to have originated in Valencia, is spoken throughout Catalonia, The Balearic Islands (Mallorca, Menorca and Ibiza) and the Valencia Community.

The number of people that speak it as a first language varies by community. In Catalonia, around 35% of people identify Catalan as their mother tongue, a similar figure in Mallorca, while in Valencia only 20% of people would routinely use Valenciano instead of Castellano.

The language is more or less a hybrid of French and Spanish. It has a Spanish melody and around 90% of its words have a Spanish root, but it also has the harder consonants (particularly c and z) and clipped endings which are more common in French.

Catalan is not quite close enough to Castilian Spanish to be mutually intelligible; although it is much more so when written than spoken. Nevertheless, someone fluent in either language could pick up the other one very quickly with little effort.

Given the much stronger independence movements in the Basque Country and Catalonia, you may be surprised to hear that Galician is by far the most widely spoken minority language in Spain. In Galicia, 75% of people identify Galician as their mother tongue, and the language is used almost exclusively to start conversations in the region.

Galician is a hybrid of Portuguese and Castilian Spanish. When written it is very similar to Portuguese, both in grammar and vocabulary. However, when spoken it sounds much closer to Spanish - largely because the consonants are spoken in a distinctively Spanish style.

You can get more of a flavour of Galician on our Camino de Santiago Cycling Holiday; where you can really see and here the difference as you ride from the province of León (often identified as the home of the purest form of Spanish) into Galicia.

Bable, also known as Asturian, is a minority language spoken in the Asturias region in the north-west of Spain. It is generally very similar to Spanish, perhaps the most visible difference being the frequent switching of 'o' and 'u'. As you cycle through Asturias you will, for example, frequently notice signs for pola in place of the Spanish pueblo meaning village. When written down it may look distinct, but when spoken it is very similar to Spanish.

Bable is not commonly spoken throughout the region. It is most commonly heard in the west of the region, around the town of Cangas del Narcea and on the north coast, but even there Castilian Spanish is more widely heard.

There are several other minor languages in Spain which have speakers in their thousands, but which you are unlikely to ever come across. The most well known are in Aragón and León. In these regions, different languages have evolved which are distinct enough from Castilian Spanish to be considered as a separate language, rather than just a regional dialect.


The different languages of Spain is a fascinating topic and plays a key role in defining the individually culture and traditions of each region. This has been very notable in recent years in Catalonia and the Basque Country, but even in regions with very limited separatist aims - such as the Balearic Islands or Galicia - the language is a strong source of pride and is seen as something unique which is to be cherished and spoken whenever possible. 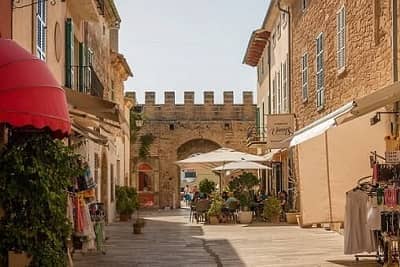