The Best Cycling Routes around the Costa Blanca 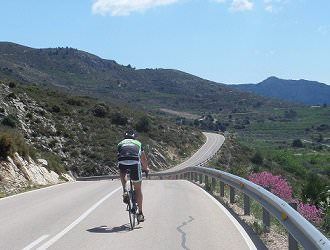 The Costa Blanca and Alicante region is a great place for cycling and is a popular training base for professional cycling teams in the winter. It has a sunny and warm climate throughout the year and has superb mountains for cycling, offering a wide range of climbs of differing lengths and gradients.

The road surfaces are almost all fantastic and if you go to the right areas you will encounter very little traffic. In addition, the region is served by Alicante airport, which is linked to many European destinations.

A cycling holiday to this region does, however, take some planning and knowledge of the region as there are some areas that are less than ideal for riding. In this article you will find five of the best cycling routes, and also details of some of the areas that are best to avoid.

Segorbe - In The Heart Of Valencia's Cycling Country 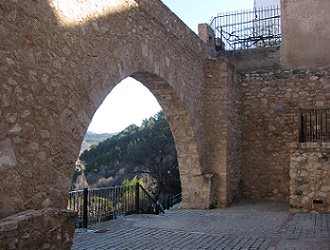 Segorbe is a fairly small town situated around 70km to the north-west of Valencia in between two mountain ranges - the Sierra de Espadan to the north and the Sierra Calderona to the south.

It is one of the most historically important places in the Valencia region. Segorbe is believed to have first been inhabited in the Palaeolithic Age, and became an important town during the Visigoth rule of Spain. In the many hundreds of years following its rise to prominence, Segorbe has seen many different era influence the wide variety of architecture and culture that is there today.

Turia River: The Lifeblood of Valencia 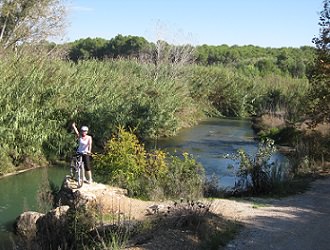 On our Aragon & Valencia tour one of the main natural features that we cycle alongside is the Turia River. Providing the water for the rice, oranges and olives grown in the region, the Turia River is at the centre of the history of the development of the Valencia region.

In addition to its use in agriculture, the river was diverted in the 1960s to prevent it from flooding the city of Valencia. The old course has been turned into a natural park, complete with an excellent network of cycle routes.