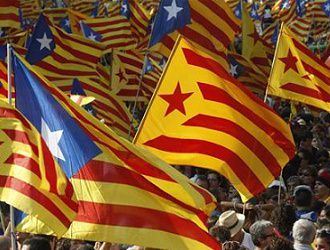 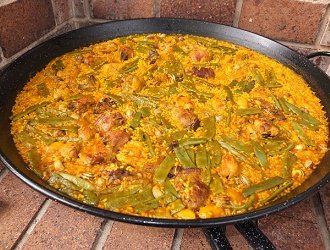 Paella is probably the most famous of all Spanish dishes. The famous rice dish originates from the Valencia region, specifically from the large albufera lagoon, just to the south of the city of Valencia. Although it is now common to find Paellas containing seafood, meat and all kinds of vegetables, Paella Valenciana is very specific in its ingredients.

Paella is a dish that evolved over time. The eating of rice as a staple food became common during the Moorish rule of Spain. It was not, however, until the early 19th century that the term paella became commonly used for the dish (rather than for the name of the pan the dish is cooked in). Find out more about the history of paella, how it should be prepared and where are the best places to eat it... 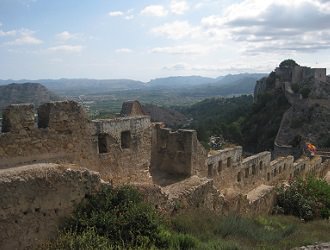 Xativa is a town situated in the Valencia region of Spain, roughly equidistant between the two biggest cities in this part of Spain - Valencia and Alicante. Like many of the towns in the area, Xativa grew to prominance in Roman times, where it had an important linen industry. It remained an important town throughout the Middle Ages, notably due to the fact that it was the birthplace of two popes.

The town is set in a picturesque location, with high mountains looming to the south and smaller, but still significant hills to the east and west. The warm mediterranean climate is perfect for the olive and orange trees which surround the town, as well as much of the Valencia Community. 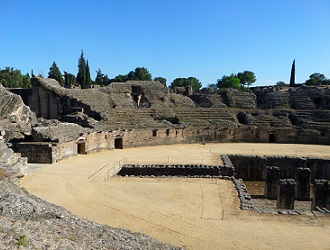 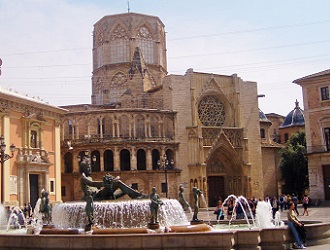 Las Fallas is a week long festival in Valencia during March. It is one giant party with unique events which you will not find anywhere else in the world.

From niñots, to mascletas, paella contests and firework displays, this article will introduce you to the amazing spectacle of Fallas. Las Fallas is a true festival of noise, color and partying that rivals any fiesta in Spain and beyond.

If you like the sound of it, you can book on our cycling holiday in Valencia during March to get a first hand experience of the celebrations.

Five Things to do in Valencia 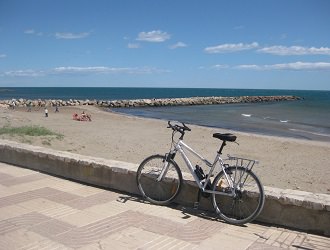 Valencia is one of the most intruiging cities in Spain. It is the third biggest city in Spain, but, unlike Madrid and Barcelona, it has a very relaxed atmosphere. Valencia has a rich history, with the Roman and Moorish influence apparent; but it also boasts cutting edge modern architecture and design.

Most of all though, it is a fun city to visit. The people are relaxed and friendly, and the culture of the city has not been heavily influenced by toursits; as is the case in, for example, Alicante or Malaga. If you are a first time visitor to Valencia, you may wonder what you can see and do in the city. Here is our list of the top five experiences in Valencia...