A Cyclists Guide to the Villages of Mallorca 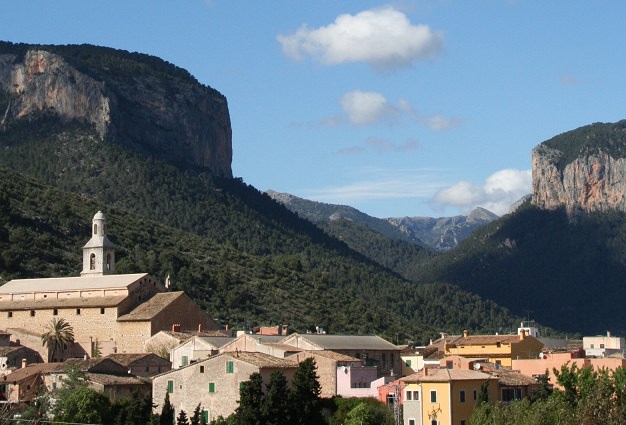 Mallorca is an island with several faces. Many people know it as a land of package holidays and beach resorts or for the marina and history of Palma - the capital. Cyclists and walkers may be familiar with the beautiful Tramuntana Mountains in the north of the island - one of the finest destinations for a hilly cycling holiday in all of Europe.

However, lesser known are the historic villages of inland Mallorca. In many ways these represent traditional Mallorca and it is a shame in some ways that they are over-looked by the vast majority of visitors to the island. However, on the other side the relative lack of visitors allows them to retain a sense of isolation and history which makes them so enthralling.

Below we take a look at what makes these village so interesting and a great choice for a cycling holiday.

Like most Spanish regions, Mallorca has its own distinct culture and history, which is most evident in its inland villages. While Palma is the oldest settlement on the island, dating back to Roman times, it is a large city and has a much more international vibe. It has a stunning old town and marina, but feels more like a small version of Barcelona than somewhere truly representative of Mallorca. The small towns and villages, however, which are dotted around the north and central part of the island are fascinating places and give a tast of the real Mallorca. Alaró, a town included on our Mallorca Villages cycling holiday, is situated in the centre of the island, just to the south of the Tramuntana Mountains. It dates back to the 13th century, when Mallorca was under Islamic rule, and is best known for the castle which sits on a hill overlooking the town. The castle was built to help to protect the town from attacks by pirates - a problem faced by the people of Mallorca throughout much of the last two thousand years.

In addition to the castle, Alaró is also home to many narrow, winding streets that are characteristic of rural Mallorca. Alaró tipifies the quiet charm of inland Mallorca and, with the Tramuntana Mountains forming a fantastic backdrop, it is a beautiful place to visit. Despite being close to the mountains, there are some really enjoyable flat or gently rolling cycling routes around Alaró, so it is an excellent choice to stay for cyclists who prefer to avoid significant climbing or very long days in the saddle.

Other historic villages close to Alaró include Caimari and Selva. These are both smaller than Alaró but can make for a wonderfully peaceful and charming holiday. They are both at the foot of the Col de Sa Batalla, one of the best cycling routes on the island.

Also nearby is the village of Orient, situated on a plateau on the edge of the Tramuntana Mountians. It is very small, but the scenery is phenomenal and it is well worth including on a cycling route if you can. The climb up to Orient begins close to Alaró, and is a gentle and steady ascent which shouldn't pose any problems for most cyclists. Valldemossa, along with neighbouring Deia, is the most well-known of Mallorca's historic villages. It is set in the north-west of the island in the Tramuntana Mountains and is home to one of the picturesque village centres in al of Spain.

The 13th century charterhouse is one of the top attractions, but it is the beautiful cobbled streets, lined with cafes and churches that is the real appeal of Valldemossa. Unfortunately, during the summer Valldemossa is very busy with tourists, which reduces its appeal considerably. If you plan to visit in the summer then there are several other villages nearby which are just as beautiful and without the crowds.

Among these, our favourite is Banyalbufar, where cyclists stay on our Mountains of Mallorca cycling holiday. Banyalbufar is home to traditional 'stepped' fields which were designed to allow crops to be grown and harvested on the steep slopes between the Tramuntana Mountains and the sea.

Banyalbufar is a real picture-postcard village, home to some of the finest views in Mallorca. Banyalbufar is also over 1,000 years old, a fact reflected by the beautiful architecture and narrow streets of the small village.
br/> Other beautiful historic villages in the area which are worth considering include Esporles, Estellencs and Puigpunyent. All three retain the true character of Mallorca and are set in beautiful natural surroundings; there is a fantastic cycle route that connects all of them and includes the shortes Grau and Galilea climbs. The north of the island is the most popular destination for cyclists in Mallorca. From here there is easy access to the spectacular routes along the Cap de Formentor and into the Tramuntana Mountains.

The towns and villages in this area tend to be slightly larger and there are more modern resort towns than in the two areas outlined above. However, the two most historic centres in the region - Alcudia and Pollensa - are certainly representative of the real Mallorca and are worth visiting for a few days.

Alcudia is the more visually impressive of the two. The beautiful old town is immaculately preserved by the 13th century city walls and, just to the north of the city there is a fine Roman Theatre. The charming streets of Alcudia are full of small restaurants and boutique shops, but the atmosphere is more traditionally than touristic, with locals considerably outnumbering the number of visitors to the town for much of the year.

Pollensa is set further inland and, although it is home to some impressive churches and a spectacular 365 step stairway, it doesn't quite have the same visual impact as some of the other villages. Nevertheless, there is a real hidden charm which you can appreciate when spending time walking around the small squares that comprise the town. Pollensa has a relaxed atmosphere and is a great place to get to know Mallorcan cuisine and to understand the pace of life on the island.

Our Mallorca Villages cycling holiday begins in the north of the island in Alcudia and heads to the central part, visiting the villages of Alar&acuteo and Caimari. It is an excellent choice for cyclists that wish to get to know the real Mallorca, away from the crowds, but that prefer to ride flatter or shorter routes.

Our Mountains of Mallorca tour also visits many of the historic villages, but mostly those that are situated in the mountains - such as Valldemossa and Banyalbufar. The routes on this tour are hilly and more challenging than on the Mallorca Villages tour.