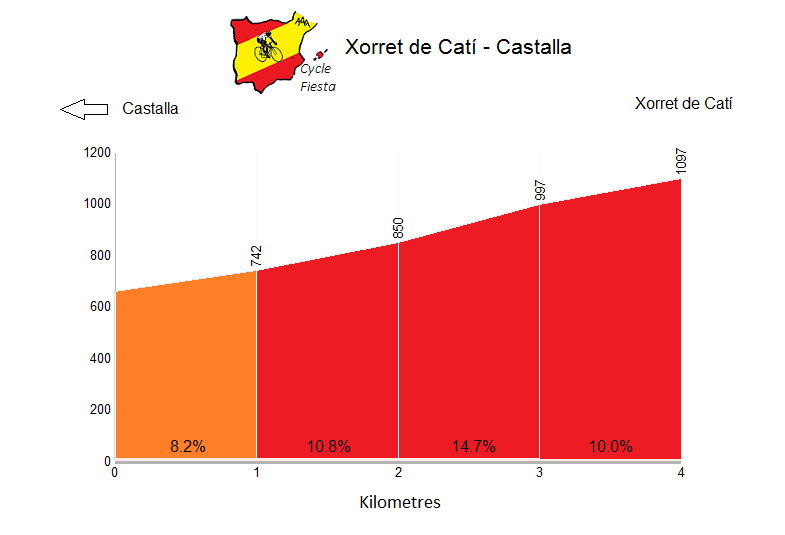 The road is in good condition throughout. 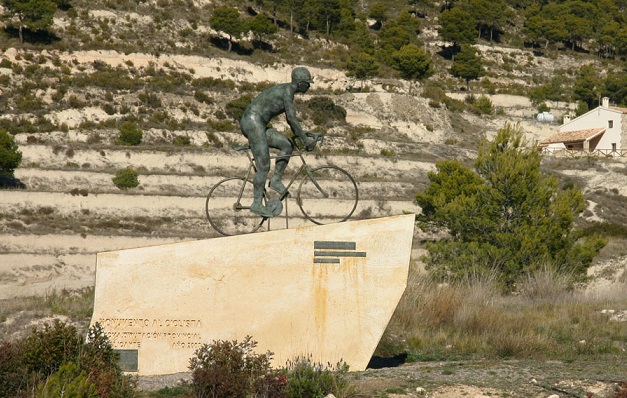 Xorret de Catí is one of the most famous cycling climbs in the Valencia region. It instantly become a hit with fans since its first appearance in the 1998 Vuelta a España - a stage won by tragic climber Chava Jiménez. The climb beginning just south of Castalla is undoubtedly the star side of Xorret de Catí, with consistently steep gradients - at times in excess of 20% - testing even the strongest of climbers.

The climb enters the picturesque Maigmó Mountains and the area is also notably for the high density of castles - almost every village seems to have its own. This is a legacy of the turbulent history of the region - a land keenly fought over since the days of Carthage and Rome.

Xorret de Catí is open throughout the year.

Xorret de Catí is a highlight of our Castles of the Levant Cycling Holiday.