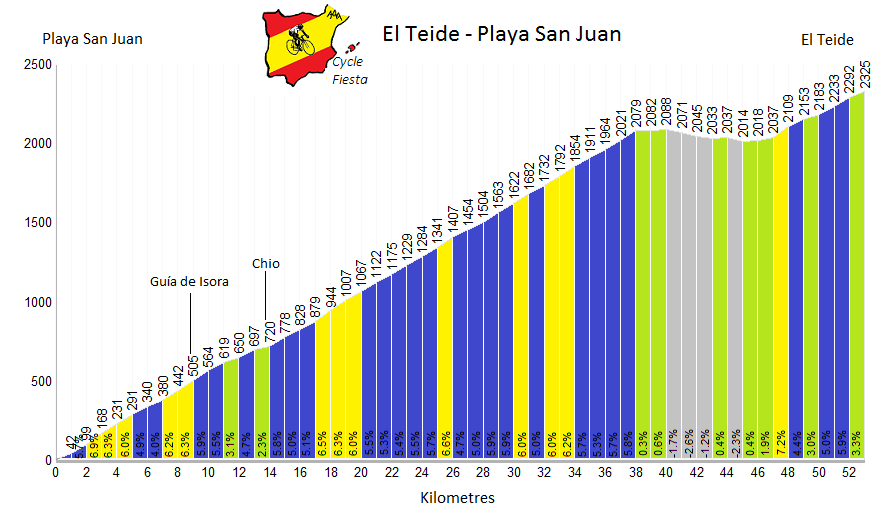 If there is such a thing, this is the easiest side to climb El Teide. The gradient is very rarely above 7% and for the most part it is a climb that can be done at quite a low intensity if you wish.

However, like most of the routes to El Teide, it is over 50km in length and so requires a good endurance base, as you will probably be climbing for over three hours.

The road is generally in good condition. The surface is slightly broken in places, particularly on the TF-38. This is not really a problem climbing, but can make for a bumpy descent in places.

For the most part there is not much traffic on this ascent. The busiest section is on the TF-82 between Guía de Isora and Chío, but it is not really enough to cause a nuissance. In the peak tourist season, it can also get quite busy towards the top of the climb; however, most of the traffic is coming from the other side of the island. 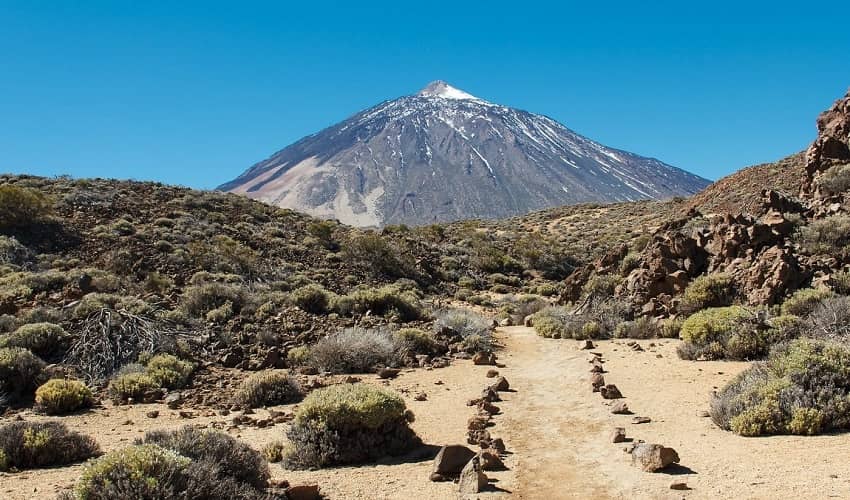 This climb to El Teide is similar in places to the climb from Los Gigantes, only the first 15km are different.

It begins by the coast in Playa de San Juan and follows the TF-463 to the edge of Guía de Isora. From here you turn onto the TF-82 and follow it into Chio before turning onto the TF-38, which takes you into the heart of the Teide National Park.

For the last few kilometres, you turn left at Boca del Tauce onto the TF-21, which takes you to the cable car station at the top of the climb.

Nevertheless, it is a really enjoyable ascent and is certainly worth considering if you are unsure from which side you would most like to climb El Teide. The reduced amount of traffic and the pleasant scenery make it a good option.

El Teide is the iconic climb in Tenerife and one of the most famous in Spain. The mountain is the highest in Spain at over 3,700m and, although the road does not go so high, it is still a hugely popular climb with cyclists.

In recent years many professional teams have chosen Tenerife as their winter cycling training base, because of the opportunities that El Teide offers for altitude training.

The climb is situated in the centre of the Teide National Park, one of the most beautiful locations in Spain and there are stunning views throughout as you begin on the coast and finish towards the top of this vast volcano.

Due to Tenerife's sub-tropical climate, El Teide is open throughout the year. This makes it one of very few places in Europe where you can ride climbs that rival the great Alpine ascents throughout winter.

Our Tenerife cycling holiday includes El Teide, as well as many other fantastic climbs on the island. Or please contact us if you would like more information.