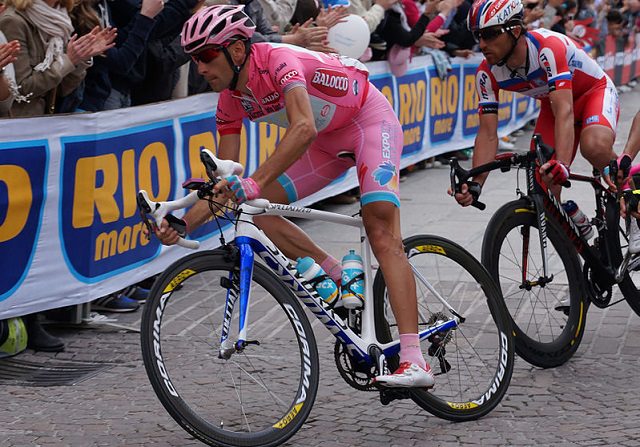 The list is chosen based on factors such as achievements, consistency and, of course, entertainment.

It has been another great season for Nibali. The obvious highlight was victory at the Giro d'Italia - with the manner of the win as impressive as the result itself.

Second place at the Vuelta a Espana was also an impressive achievement; despite numerous attacks on Alto de l'Angliru, however, Nibali couldn't quite overcome Chris Horner to collect a rare Grand Tour double.

Add in wins at Tirreno-Adriatico an the Giro del Trentino, as well as a gutsy ride at the World Championships, and Nibali can be more than happy with his year. Incredibly, Nibali has not lost a stage race on home soil for over two years. 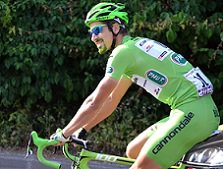 Without doubt the most entertaining rider in the peloton, Sagan has made many headlines this year both on and off the bike. The highlights include winning Gent-Wevelgem, the green jersey at the Tour de France and several other sprint classifications throughout the year.

However, perhaps most impressive has been his steady improvement in the classics. Sagan finished second at Milan-San Remo, Tour of Flanders and Strade Bianche, as well as a creditable 6th place at the World Championships.

His climbing ability allied with his sprinting prowess has made Sagan a marked man for a couple of years now. However, he keeps on producing impressive results despite often having little support.

Winning over 20 stages in total throughout the year, Sagan has been a threat on nearly all types of courses. Combined with his style and panache, he is deserving of such a high place on the list, despite not quite having been able to claim a monument. 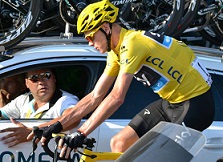 Froome's victory at the Tour de France may have been on the cards since his second place finish in 2012; however, the comfortable manner of his win may still have surprised many.

His seated acceleration on the way to winning at Mount Ventoux was the defining image of the Tour and capped a season where Froome had already won the Dauphine and the Tour de Romandie.

Froome's season tailed off after the Tour de France, resulting in him losing the number one UCI ranking to Joaquim Rodriguez, however, it was still an incredible season for a rider who had a very average palmares right up until the end of 2011.

Froome will be favourite to defend the Tour de France next season, and it will be interesting to see if he targets any of the Classics or the World Championships. The acceleration he showed during the Tour, combined with his strong time trialling, would surely given him a chance at Liege-Bastogne-Liege and Giro di Lombardia. However, question marks still remain over Sky's one day tactics, and Froome's ability to think for himself on the road.

Arguably the best one day rider since Sean Kelly has had a now routine exceptional season. The highlight was another impressive win at Paris Roubaix out sprinting Sep Vanmarcke in the final metres. Although the win was very slightly devalued by the absence of long term rival Tom Boonen, this was the third time Cancellara has won Paris-Roubiax, bringing his tally alongside the likes of Eddy Merckx and Francesco Moser.

Before Paris-Roubaix, Cancellara had already chalked up his second win at the Tour of Flanders. He attacked with around 15km to go, leaving behind a host of dangerous sprinters - including Peter Sagan and John Degenkolb - to win by well over a minute.

Cancellara's ability to ride away from the pack in the closing stages after over 250km of racing is testament to his power, stamina and timing - hallmarks of all the great Classics riders. 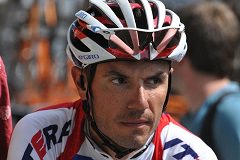 With just the Tour of Beijing to come, it looks as though Joaquim Rodriguez will be topping the UCI rankings for 2013. This is a mark of his consistent high finishes throughout the year; however, it wasn't until the final classic of the season - Giro di Lombardia - that Rodriguez recorded his first victory.

Third place at the Tour de France and fourth place a couple of months later at the Vuelta a Espana is a impressive return, as is second place at the World Championships where he seemingly sacrificed himself only for Alejandro Valverde not to take advantage. Second place at Liege-Bastogne-Liege also shows what a fine all round rider Rodriguez has become.

This season was perhaps not as successful as when he topped the UCI rankings in 2012, but it is still a fine effort by the Catalan.

Movistar will be ruing their decision to let Rui Costa joing Lampre from next season, after an excellent season from the Portuguese rider.

The highlight of the year was undoubtedly his World Championship win where he overcame awful weather and questionable Spanish tactics to seal the win with a sprint in the final metres.

The World Championships, however, was not the only highlight. Rui Costa also claimed two stages at the Tour de France, including an excellent break on the Col de la Croix Fry. Add this to winning the Tour of Switzerland, and it has been quite a year for Rui Costa. 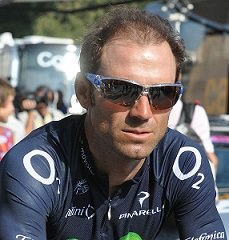 Valverde comes in close behind Joaquim Rodriguez - a position he has been quite familiar with this season. His perfomances in 2013 will probably be remembered for all the wrong reasons: notably tacitcal errors at both the Tour de France and the World Championships, as well as numerous second and third placed finishes.

However, his results throughout the season really underline what a talented rider Valverde is. His third place at the Vuelta a Espana would probably had been matched at the Tour de France if he hadn't have lost ten minutes on stage 13 after suffering a puncture. Rather than exchanging bikes with a team-mate, Valverde waited for the team car and then couldn't get back to the peloton due to strong cross-winds.

At the World Championships a similar tactical decision cost Valverde as he surprisingly failed to folllow Rui Costa's wheel in the closing stages, after Rodriguez seemed to have set the race up for his team-mate.

Nevertheless, a season that included podium finishes at the Vuelta, World Championships, Giro di Lombardia, Amstel Gold Race, Clasica de San Sebastian and Liege-Bastogne-Liege is one that shows an impressive consistency throughout the year - if also a lack of cutting edge at crucial times.

The fact that Chris Horner has made the top ten despite only racing for a handful of weeks throughout the year is incredible. Of course, during three of those weeks he won a tough Vuelta a Espana, thanks to a series of excellent performances in the mountains.

There is little else to say about Horner's season. He simply turned up, at 42 years of age, and won one of the most demanding grand tours for many a year. A week later his season ended when he crashed on a can of Coke at the World Championships.

Apart from Sagan, there were few standout sprinters throughout 2013. Mark Cavendish was superb at the Giro d'Italia, but slightly below his best at the Tour de France - despite winning two stages. Gerald Ciolek held off Peter Sagan impressively to win Milan-San Remo, but did little else during the season, while Andre Greipel won several stages without ever really looking on top form.

As a result, Marcel Kittel has sneaked into the top 10 thanks to an excellent Tour de France. Kittel won four stages, including on the Champs-Elysees, and held the yellow jersey after the first stage in Corsica. He also won on the Schelderprijs over the cobbles of Antwerp, proving some versatility to his riding. At 186cm and weighing 86kg, Kittel's physique is very different to that of Cavendish, and the different sprinting styles could set up an excellent rivalry over the next few years. 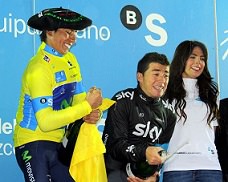 He may be the hipster's cyclist of choice, but Quintana deserves his place on the list. After glimpses at the Vuelta in 2012, this was the breakthrough year for Nairo Quintana. He recorded the biggest win of his career with first place at the prestigious Tour of the Basque Country, but it was at the Tour de France where he was most impressive.

Finishing second overall, Quintana's climbing on Ventoux and Alpe d'Huez earned him many plaudits; indeed, he was the first debutant to finish on the podium at the Tour since Jan Ullrich in 1996. Quintana also picked up the King of the Mountains and Young Rider classification at the Tour, all at just 23 years of age.


Best of the Rest

Honourable mentions go to Daniel Martin (who probably should be in the list somewhere having won LBL and Volta a Catalunya), Richie Porte (for his unselfish support for Chris Froome) and Tony Martin (for further cementing his reputation as one of the all-time great time triallists).

Cycle Fiesta is a company organising cycling holidays throughout Spain and Southern France. If you would like to emulate any of the riders above in tackling climbs such as Tourmalet, Jaizkibel or Angliru, or if you would prefer to discover the scenery of Mallorca or Andalucia - please feel free to browse our holidays.