Why have Sky chosen Froome ahead of Wiggins to lead the Tour de France? 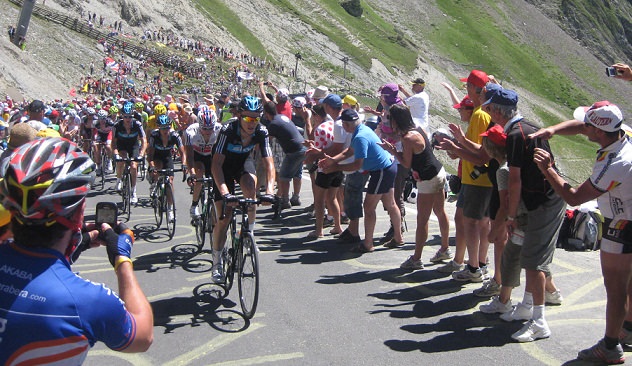 It is unusual for a Tour de France winner not to try to defend their crown; however, it is not unheard of in recent times. In 2008, Alberto Contador was unable to defend the yellow jersey as his team, Astana, were not invited to take part in the Tour. Eleven years earlier, a similar situation occured to what is currently happening at Sky.

Reigning champion Bjarne Riis was replaced as leader during the tour by an up and coming Jan Ullrich. Sky clearly have wanted to avoid a repeat of this, and the potentially destructive politics that go alongside changing a leader mid-tour, by anouncing Chris Froome as their leader several months in advance.

So, what reasons do Sky have for predicting that Froome would be a stronger leader than Wiggins this time around?

The most obvious factor that has changed since last year is the course. In 2012 there were two long individual time trials and, with the exception of one brutal day in the Pyrenees, the few mountain stages that were part of the route were mostly long slogs rather than the kind of steep finished seen at the Giro or the Vuelta.

The course was almost tailor made for Wiggins. He took a lot of time out of all his rivals in the time trials, and was able to tempo ride up the mountains; reeling in attacks from the likes of Nibali, who had little chance of staying away without the steep gradients that force riders into the red zone.

The course in 2013 is not quite the opposite, but it is not far off. There are two individual time trials, both of which are short and one of which is in the Alps - not ideal for a rider like Wiggins. There are also several mountain stages which will encourage riders to attack more than in 2012. The climbs to Ventoux and Alpe D'Huez are notorious for their difficulty and prestige; all sorts of riders will be pushing hard for stage wins, and the harder gradients will make it very difficult for a team to control the race.

There is little doubt that Froome is a stronger climber than Wiggins. Last year he was told to step off the gas several times in both the Alps and the Pyrenees, as Wiggins was unable to follow his wheel. He has an acceleration that Wiggins lacks, which could be important if he is left without any team mates in the mountains. Furthermore, Froome is coming into his prime years, while there is a belief that Wiggins may have peaked in 2012, with his performances due to age (and possibly a relative lack of motivation) expected to gradually decrease.

Perhaps the biggest problem that Sky has to factor into their 2013 Tour preparations, is the increase in strength of the field this year. Probably the two best climbers of the last ten years - Alberto Contador and Andy Schleck - will be returning to the race and will present a much greater threat than the likes of Nibali did in 2012. Contador is the odds on favourite to win the Tour and his relentless attacking will give Sky all kinds of problems. In 2012 Sky were happy to let riders attack, confident that they would reel them in further up the climb - they will not want to let Contador or Schleck out of their sights.

Froome is better equipped than Wiggins to stay on the wheel of Contador; he has faster acceleration and is more suited to playing the cat and mouse games than Wiggins, who prefers to maintain a steady tempo. The other teams will be well aware of the tactics of the Sky train this year, and so will try different things to disrupt their rhythm. As a result, it is likely that Froome will have to fend for himself a lot more than Wiggins did last year - and he is more suited to this role.

The Need to Keep Froome

Froome is the future of Sky; if they did not offer him the chance to lead the team at the Tour de France this year, he may well have left them - and Sky can not afford this to happen. Wiggins has a couple of years at most left at the top level; whereas Sky believe that Froome can carry on for another five or six years.

Sky realise that British grand tour contenders do not grow on trees and, if they did not give Froome the leader role now and he left the team, they may well not find a replacement for many years. They may say publicly that they want to win all three Grand Tours and they feel this is the best way to manage it. However, Wiggins has very little chance of winning the Vuelta a Espana this year, given the course, and will struggle without a strong team at the Giro d'Italia. The move is all about the transition of making Froome the team leader - and looking to build the team around him for the future.

If you would like to catch a stage of the Tour de France in 2013, and test yourself on some of the most famous climbs in cycling, including Tourmalet and Aubisque, check out our Pyrenees Cycling Holiday. It is a great introduction to cycling in high mountains.