The Rapid Rise of Chris Froome

In July last year only hardcore cycling fans were aware of Chris Froome. However, just over a year on, he is one of the biggest names in the sport, and will be leading Team Sky with ambitions to win the Vuelta a España. The rise is remarkable and, in a sport with the dubious recent history of professional cycling, some might say suspicious.

The rise of Froome has coincided with the rise of Sky to the position of strongest team in the peloton. With Froome's progress, from riding for a new contract in the Vuelta last year to cycling to win it this year, the most dramatic statement of Sky's intent.

Froome was rated by team director Dave Brailsford as one of the weakest members of Sky's team a couple of years ago. He was not deemed to have either the current ability, nor the potential, to become more than a pro-conti tour winner - let alone stand twice on a grand tour podium.

There are several factors that could help to explain Froome's rise, however, with Sky being increasingly secretive about their 'marginal gains' they are all fairly speculative. Here we look at some of the possible reasons for Froome's rise to the top.

It has been fairly well publicised that Froome was diagnosed with Bilharzia, a disease caused by parasitic worms that has an impact on the immune system. Froome was first diagnosed with bilharzia in 2011, and was believed to have picked it up in Kenya in November 2010; he also suffered again from the disease in early 2012.

Undoubtedly bilharzia could result in a drop in performance for a professional cyclist, but this does not seem applicable to Froome. His results were nothing special before 2011, when presumably he was not suffering for bilharzia, so getting rid of the disease can not alone be seen as the reason behind his surge in form. 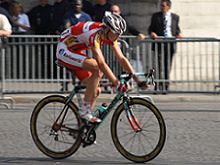 One factor that can be seen as key in the rise of Froome is Team Sky. Froome joined Sky from Barloworld in 2010; at his previous team he was not always used in the best way. They often would put him in classics and flat stage races that did not play to his strengths. His best performance with them was a creditable 36th in the Giro d'Italia in 2009. Sky also did not initially see him as a grand tour rider, and were on the verge of cancelling his contract prior to the Vuelta a España in 2011, but perhaps the very hilly course (and time trial) was what Froome needed to display his true talents.

Sky's preparation could also have helped his development. The meticulous attention to detail, combined with altitude training camps in Tenerife, weight loss and windtunnel testing can all help to improve a rider with potential. Also, training alongside more competetive riders can bring out the best in an athlete. Sky have become increasingly secretive about what their marginal gains are. Understandably they do not want to help the opposition, but the bits and pieces of information they are leaking provide no obvious clues.

We know that they have hired a swimming coach who has revolutionised their training; we also know that they ride climbs in an incredibly calculated way. However, it is difficult to know exactly how any of this relates to Froome's development. Marginal gains can certainly give a rider an edge, but Froome's vast improvement in form in comparison to his own team mates suggests that there must be something more than this.

Another credible theory is that Froome is a natural late developer. Growing up in Kenya and training in South Africa, could easily have stalled his development, compared to what it could have been if he had been with a top European team from a young age. Froome's breakthrough tour came when he had just turned 26; that is a realistic age for a grand tour contender to break through if they have not had top training since a youngster. 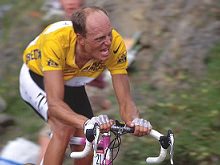 In the recent history of professional cycling, a dramatic improvement in the form of a rider has usually been followed (some months or years later) by evidence that performancing enhancing drugs have been used. To be 100% clear, there is absolutely no evidence that Froome, or any other members of Sky, are using any banned substances. However, in professional cycling there will always be some degree of suspicion.

Sky hiring Gert Leinders seems to fly in the face of the anti-doping rhetoric that they pronounced so strongly when the team was founded. Likewise, the incredible power of Team Sky flying up the climbs in the Tour de France was reminiscant of Armstrong's US Postal train. Also, sceptics question why members of Sky were holed up in Tenerife for several weeks in the off season, as well as how Froome (and Wiggins) have managed to lose weight and improve their time trialling simultaneously. Indeed, several critics have claimed that bilharzia is being used as a convenient excuse to manipulate the biological passport. This is the unfortunate legacy that the EPO era has left cycling with; many fans now see riders like Froome climbing like never before and cannot help but think back to the times they were duped by Riis, Armstrong, Landis and many more.

However, the theories of doping against Sky are all circumstantial at best, and it would be unfair not to give Froome the benefit of the doubt. Indeed, if Sky and Froome have found unique training methods that yielded the best results, they would be foolish to release them into public domain just to fend off some accusations.

It seems reasonable to suggest that a combination of factors is behind Froome's rise. It undoubtedly looks like he is a late developer, understandably so given his lack of truly competetive racing in his younger years. Therefore his potential was somewhat hidden; when combined with Sky's analysis and ability to get the best out of a rider, the potential was realised. In addition, clearing him of bilharzia will obviously only have helped to improve his development further.

What we do know for sure is that Froome is now one of the best riders in the world. He will have his work cut out to hang on to Contador in the mountains of northern Spain, but, given how he has ridden in the last year, it should certainly be an exciting three weeks.