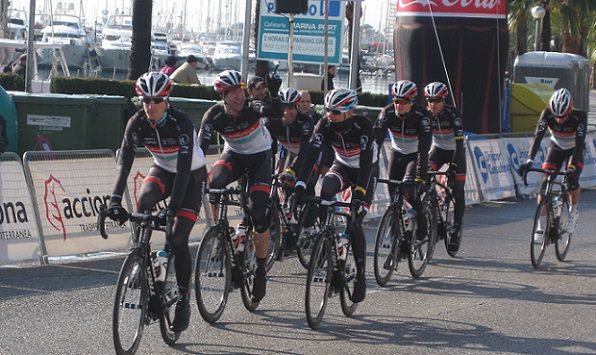 The 22nd edition of the Challenge Ciclista Mallorca, one of the traditional curtain raisers of the professional cycling calendar, begins amid much anticipation on the 3rd February. The four day event, which features a series of day races throughout the island, is a chance to see how the top teams are shaping up for the long season ahead. The race has had its fair share of drama in the past, most notably of all in during last years edition.

The trophy contested on the first day of the event in 2012, the traditional circuit around the port area of Palma, was the last time that Alberto Contador was able to cycle before he served his ban. The evening after the race, Contador flew to Madrid to receive the news that his ban for testing positive for a minute amount of clenbuterol was being upheld. This led to Andy Schleck being retrospectively crowned the (slightly reluctant) Tour de France champion on his team bus in Playa de Muro.

Being a series of one day events rather than a stage race, the big names did not contest the prizes (as well as Contador and Schleck, Cadel Evans and Juan Jose Cobo were among those in attendance). However, Team Sky started as they meant to go on for the rest of the year, with Lars Petter Nordhaug (now of Blanco Pro Cycling) picking up the most prestigious Deia trophy.

Last year, the races were ridden in some of the coldest temperatures ever seen in Mallorca; with daytime temperatures below zero in some areas. Indeed, the organisers has to take the unprecedented step of cancelling the most mountainous trophy, as the roads around Soller and high in the Tramuntana Mountains were completely blocked with snow. Early indications suggest that the weather will be much closer to the average this year; so riders will be more likely to need sun cream than their snow shoes! 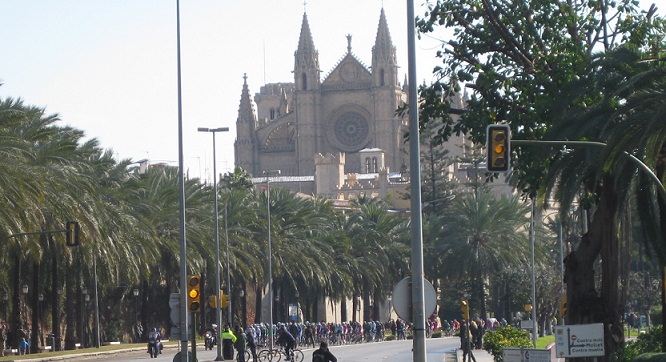 Exciting Line-Up for the Mallorca Challenge in 2013

The field this year is as strong as ever, with nine UCI Pro Tour teams and seven Continental Professional teams in attendance. The individual riders taking part have not been confirmed yet, but the squad lists promise that there will be many big names in attendance:

Selected riders on the squad lists include:


It's unlikely that many of these riders will challenge for the trophies, but it is always interesting to see how they are going early in the season. The pace of the trophies is often high for an event so early in the season, so it can give a good indication of riders who are perhaps looking to peak a bit earlier for the classics and Giro d'Italia. 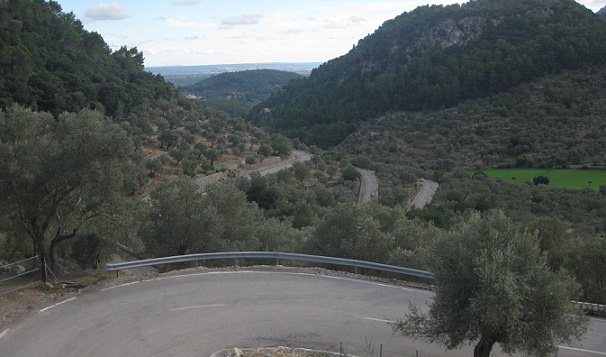 A Route For Everyone

The four trophies are on differing terrain through the island. The routes will be well known to those of you who have visited Mallorca before, and can be used to whet your appetite for those booked on either our Mountains of Mallorca or Rural Mallorca cycling holidays.

The first day is a circuit around Palma; the route is flat and will be ridden hard and fast, with many seperate groups probably forming from the early stages. It is notoriously difficult to pick a winner from this kind of race, but there is a good chance of a small group finishing in a bunch sprint.

The second trophy is in the south of the island; following the rolling roads typical to this region. In a stage race, you would expect the peloton to all finish together on a circuit such as this, however, there is enough climbing to shake off the sprinters and turn it into a potentially exciting stage.

The most anticipated trophy, however, is on day three as the route traverses the Tramuntana Mountains. Most people that have cycled in Mallorca will be familiar with the twisting roads around Deia, the steep climb from Soller to Puig Major, and the undulating roads towards the monastery at Lluc. This route promises to really split the pack apart, and will let us see how the riders are climbing early in the season. Expect attacks on this stage from the local Mallorcan riders, with elder statesman Joan Horrach (Madison Genesis) likely to chance his arm.

The final trophy is in the north of the island in prime cycling territory. Bradley Wiggins has a house in Puerto Pollensa and trains there regularly, so, if he is still in the event by the fourth day, don't rule out a confidence boosting performance from the Tour de France champion on roads that he knows well. This trophy has several climbs, including Puig Major from the easier east side and the numerous tight hairpins of the Coll de Soller.

If you would like any more information about cycling in Mallorca, or are interested in any of our cycle tours around the region, please feel free to contact us - we would be happy to help.