What is Dia de los Reyes in Spain?

The Dia de Los Reyes is an important festival in Spain. Celebrated on the 6th January, it is of course a festival marking the three kings that brought gifts to the baby Jesus. The day is nearly as important in Spanish culture as Christmas, especially for children; as it is on the Dia de los Reyes that presents are exchanged in Spain.

The day before the Dia de Los Reyes, just after darkness has fallen, the Kings (Reyes Magos) arrive in each town and city to mark the start of the festivities. Unlike the three kings from the Bible, who arrived on camel, in Spain they use alternative methods. In Madrid they usually arrive by horse, in Valencia they arrive by boat and in smaller towns they often arrive by train.

Nevertheless, the principle is the same: the three kings come bearing gifts and their arrival is greeted by thousands of excited children. From their arrival point, the Kings form a procession through the city, often up to several kilometres. They throw sweets and other small gifts to the expectant crowd and are accompanied by music and other performing acts.

The celebrations continue well into the evening; although many children go to bed early -looking forward to the presents that they will receive in the morning. Many neighbourhoods will have large street markets and parties that extend into the early hours with live music providing the entertainment.

The following day, El Dia de los Reyes is a quieter occasion, with people meeting up with their families to exchange presents. The day is celebrated by the special cake - Roscon - a sweet bread filled covered with glace fruits and sugar. Inside the Roscon there is usually a small toy hidden which will bring luck during the coming year to whoever finds it.

The Day of the Kings is celebrated in many countries around the world; however, in very few countries is it such an important day as it is in Spain.


The holiday period is also a popular time for travelling in Europe. Check out our winter cycling holidays below and join us on a warm weather adventure holiday in sunny Spain! 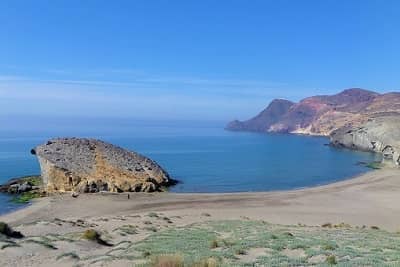