Tenerife: From Volcano to Rainforest - Guided


On this guided cycling holiday, we tour the stunning island of Tenerife. Visiting volcaones, rainforests, hidden beaches and beautiful historic villages this is an incredible cycling experience.


In addition to the stunning scenery, Tenerife is the number one winter destination for many professional cycling teams, with the warm weather, hilly terrain and fantastic scenery making it such a popular choice.

This holiday crosses through the lunar landscape of the Teide National Park, as well as visiting a secret pirate hideaway in Masca and the dramatic rainforest scenery of the Anaga Natural Park.

This tour is led by an experienced guide who will really help to immerse you in the unique culture and history of the island, as well as taking you on the best cycling routes. 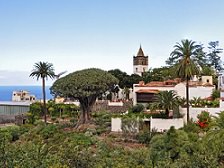 The holiday begins when we transfer you from either of Tenerife's two aiports to the village of Arona on the south of the island.

Arona is situated on the edge of the stunning Teide National Park and is a great introduction to the unique landscape on Tenerife.

The hotel is a delightful country house with views to both the sea and the imperious volcano in the center of the island. 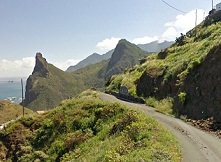 The first day in the saddle heads into the Teide National Park, passing on an undulating route through the spectacular volcanic landscape. The day is quite long, but relatively gentle and finishes with a prolonged descent into Garachico.

Garachico is a small village with a picturesque rocky coastline which contains several natural swimming pools. It also has a rich historical legacy, being the home of the family of the South American revolutionary Simon Bolivar.

The hotel is a delightful 16th century mansion overlooking the town square. 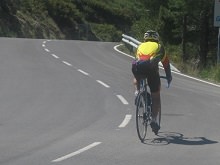 The cycling begins with a dramatic climb up a 500m cliff out of Garachico, before passing through the legendary hidden village of Masca.

Masca is situated in the heart of a mountain range and is surrounded by towering hills on all sides. It was built in the 16th century by pirates as a place to store their wealth – a village that the Spanish Navy would not be able to find.

The route returns to Garachico via the Punto de Teno lighthouse – the most western point on the island. 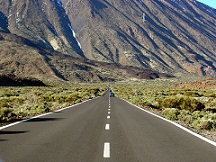 Today you leave Garachico cycling east along a picturesque coastal route, before reaching Icod de los Vines. This area is surrounded by banana plantations and vineyards, as well as containing the symbol of Tenerife – the dragon tree. The dragon tree is 22m high and believed by locals to be thousands of years old. It is an impressive sight and is currently in the process of become a UNESCO World Heritage site.

From Icod de los Vines, the route continues east before reaching La Orotava. La Orotava is situated on the northern edge of the Teide National Park, a few kilometres from the resort town of Puerto de la Cruz. Unlike Puerto de la Cruz, however, it is a town that retains a local identity, with beautifully cobbled streets lining the old town.

Today you will climb up to El Teide – one of the most famous climbs in Europe. You will have seen a lot of Teide on the previous routes; at 3,718 metres - the third largest volcano in the world - it completely dominates the central part of Tenerife. From La Orotava to the highest point of the road there is a 2,000m gain in altitude. The average gradient is a pleasant 5%, but at around 40km long, it is a challenging climb. The scenery is incredible as you pass through the National Park, becoming increasingly volcanic and lunar the higher you climb.

From El Teide you will descend into the city of La Laguna; staying in a 16th century mansion in the heart of the old town - a UNESCO World Heritage Site.

The final day in the saddle travels along one of the most picturesque roads in Spain, heading through the Anaga Natural Park - a dramatic rainforested area in the north of the island. Like most roads in Tenerife it is hilly, but there are few sharp gradients, giving you plenty of opportunity to take in the stunningly wild landscape in this part of the island.

On the return route to La Laguna, there is the option to pass through the capital Santa Cruz, following a cycle path past the marina and architecturally acclaimed opera house. 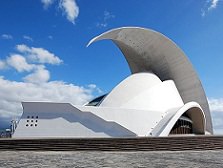 After breakfast, the cycling holiday comes to an end. We will transfer you from here to either of Tenerife's two airports.

If you would like to extend the holiday, please contact us, and we would be happy to organise additional days with more excellent routes.

We offer one set date per year, and a private guided tour can start on any date (subject to availability) for a group of six or more people.

The minimum average distance is around 60km per day. However, there are route extensions if you wish to cycle further.

There is also a support van, so you can cut short a route whenever you wish to.

This is a medium to challenging tour with significant climbing on five of the six days. There are several types of climbs on this cycling tour: long and fairly gentle (Teide/Anaga) and short, steeper ones, where the gradient is around 10% for sections (Masca/Garachico).

On average there is around 1,000m of climbing each day; however, the climb to El Teide has slightly more than double that.

Because of the climbing involved, some recent cycling experience is necessary. You certainly don't have to be of a club standard to enjoy the holiday, but you should aim to be comfortable climbing for over an hour.

There is also a support vehicle accompanying us along the way, so if you don't feel like cycling at any time you are free to hop in!

How many people do I need to book a private tour

A minimum of six people are required to book a private guided tour. If you have fewer than that amount, you may be interested in booking our Tenerife self-guided tour which follows a similar route around Tenerife.

What are the altitude profiles for each day?

Please click on a profile to see it in more detail

The cost is made up of the extra cost of accommodation when the room is single occupancy and also the greater cost of the transfers (luggage and people) when it is not split between two or more cyclists. We have made every effort to keep this to a minimum wherever possible.

Tenerife has two airports - one in the north and one in the south of the island. However, as Tenerife is fairly small, we are happy to transfer you to and from either of them - whichever is more convenient for you. See our flights page for details departures and arrivals to the region.

If you wish to extend the holiday to either the capital - Santa Cruz - or with more days cycling, we would be happy to arrange this for you.

We can provide both road bikes and hybrids. However, because of the amount of climbing involved and the fairly long daily distances, we would recommend a road bike for this tour.

This tour is available starting on any day throughout the year, subject to availability.

Tenerife has a near tropical climate, meaning there is little variation in the weather throughout the year. Average daytime temperatures are above 20 degrees celsius throughout the year, making it a great choice for a winter cycling holiday.

Temperatures also do not get very hot in the summer, with the average around 32 degrees celsius, making it pleasant for cycling year round.


We believe that the hotels that you stay in are just as important as the towns that you visit and the scenery that you ride through. On this tour we have chosen accommodation that is of a high quality and is typical to the area.

In Arona you stay in a traditional casa rural - a country cottage set on the edge of the National Park. It is locally run and offers charming accommodation amidst spectacular scenery. 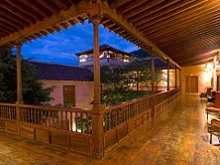 This **** boutique hotel is set in a converted 16th century mansion in the heart of the village. It has excellent spa facilities with a relaxing garden and courtyard and is situated less than 200m from the coast.

In La Orotava you stay in a small, boutique hotel set in the oldest villa in the historic town. The rooms are styled individually and all of them reflect the impressive history of both this hotel and the region as a whole.

On the final night you stay in the best hotel in La Laguna, a beautiful **** spa complex situated on the edge of the main square. It is housed in a 16th century mansion and is located entirely within the old town - a UNESCO World Heritage site.